Video: Taliban Burn Instrument in Front of Musician as He Cries

Taliban burned musical instrument in front of a musician in Afghanistan's Paktia province, a video posted by an Afghan journalist shows, in which the musician was seen crying after his instrument was set on fire. 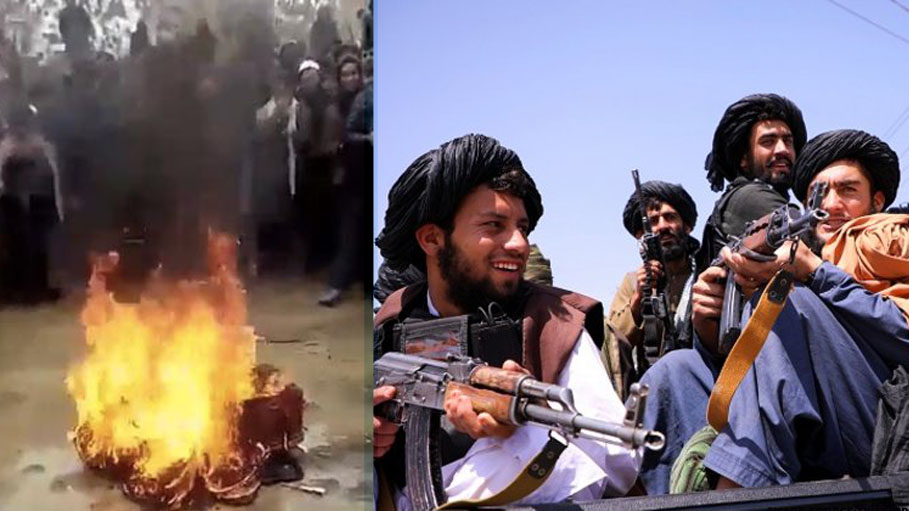 Kabul: Taliban burned musical instrument in front of a musician in Afghanistan's Paktia province, a video posted by an Afghan journalist shows, in which the musician was seen crying after his instrument was set on fire.

A viral video posted by Abdulhaq Omeri, a senior journalist of Afghanistan also shows that a man with a gun was laughing at him, while another was making a video of his "miserable condition."

Earlier, the Taliban have banned music in vehicles.

Apart from it, the group had banned live music at weddings and ordered men and women to celebrate in different halls, an owner of a hotel in Afghanistan in October told Sputnik.

Amid the crackdown, the Taliban have also ordered the beheading of "mannequins" in clothing stores in the Herat province of Afghanistan, according to reported Sputnik News Agency, citing Afghan media.

Taliban cracks down on "mannequins" used in clothing stores saying that it is a breach of the Shariah law.

Signs of such incidents have started re-appearing on the streets of Kabul. The Taliban's Ministry for the Promotion of Virtue and Prevention of Vice had also issued "religious guidelines" calling on Afghanistan's TV channels to stop showing women in dramas and soap operas.

Although the group had said that these new guidelines might not be implemented but the history has shown that the group is committed to implementing their version of hardline Sharia law into the country, Dawn news reported.

As the Taliban took control of Afghanistan once again after 20 years, experts also believe that Afghan women are most likely to face an uncertain future under the terrorist group regime.