Bill Gates was invited to the ‘Ellen Show’ and he was asked to guess the prices of groceries and everyday items. 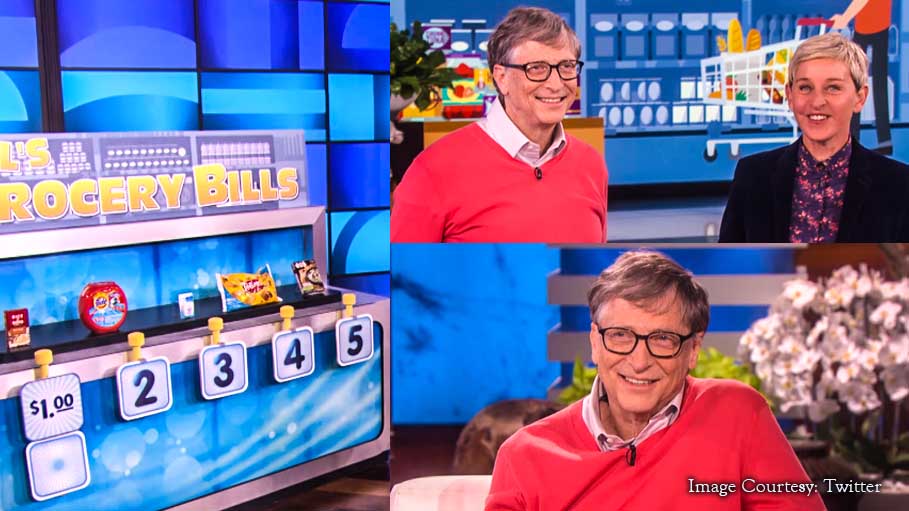 According to the rules of the game,  Bill had to correctly guess the prices of at least three products out of five. The guesses should be within $1 of the actual price of the items, for Bill to win the segment. And if he does win, the audience will win something.

In the show, Bill Gates confirmed that he doesn’t even remember the last time he ever went to grocery store. Ellen DeGeneres joked that if Bill got all the guesses right, they would pay off his children’s student’s loans, to which he replied “No....no...danger there.”

The items that were displayed were Rice-A-Roni, Tide Pods, Dental Floss, Totino's Pizza Rolls and TGI Fridays Spinach and Artichoke cheese dip. Bill’s guesses astonished the crowds in the show, nonetheless the crowd was very supportive and cheered him throughout the fun segment. Bill Gates assumed that cheap stuff like Rice-A-Roni and Totino's Pizza Rolls were expensive and thought the expensive  stuff like Tide Pods were cheaper much to the amazement of Ellen and the crowd.

Out of all the five products, Bill guessed the prices of three products correctly. And the lucky crowd secured the prize which was to return to the show for Ellen's 12 Days of Giveaways.

It was truly amusing to watch  a business magnate guess the prices of common goods. Though Bill struggled all the way, the one product that he guessed accurately was Dental floss because he admitted that he flosses regularly.

Hats off to the tech mogul, for all his efforts to help the enthusiastic audience secure their prize.

Enjoy the video below.