White Charcoal, the winner of the Times Food & Nightlife Awards 2019 for the category of Best Noteworthy Newcomer Indian - Premium Dining, is powered by Masterchef Ajay Chopra’s ingenious innovations with the Indian flavours. 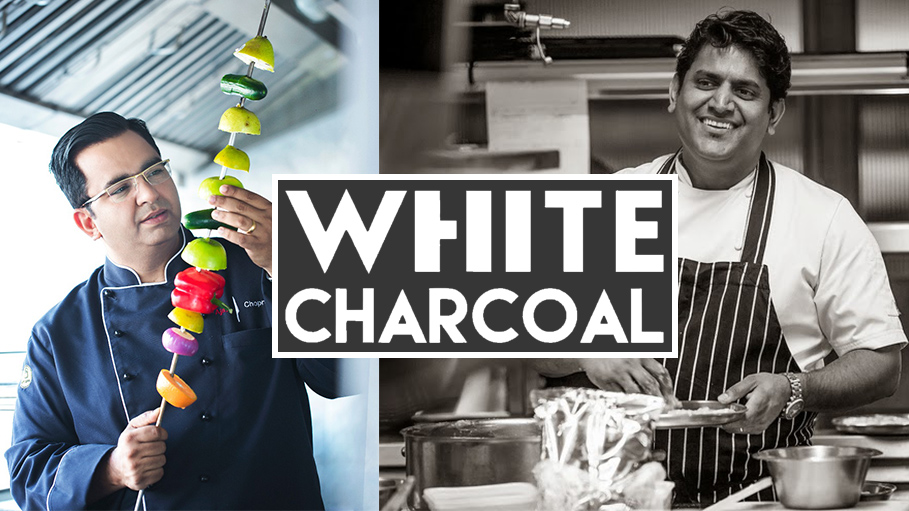 Indian cuisine’s greatness lies in how it inspires chefs around the world to create their own versions of the versatile dishes. Bringing the best of their interpretations are two Masterchefs –Ajay Chopra of White Charcoal and Abdul Yaseen of Darbaar, London. On August 2 and 3, the two will host a unique food pop-up comprising a 7-course extravaganza at White Charcoal. The 4-Hands Dinner promises to be a treat Mumbai gourmands are unlikely to forget.

White Charcoal, the winner of the Times Food & Nightlife Awards 2019 for the category of Best Noteworthy Newcomer Indian - Premium Dining, is powered by Masterchef Ajay Chopra’s ingenious innovations with the Indian flavours. Abdul Yaseen, ex-chef of the world-renowned Cinnamon Club in London who now runs the immensely popular Darbaarin Liverpool, is collaborating with Ajay Chopra on a unique 7-course extravaganza at White Charcoal. Together, they’ll innovate with ingredients, methods and combinations to create a modern Indian feast from a London perspective. The accompanying live acoustic music is sure to keep the mood upbeat for this unique weekend jaunt.

Masterchef Ajay Chopra said that Abdul is a very dear friend and one of the most accomplished Indian chefs in the world. When Chopra told him that he’s visiting India, Chopra knew they had to do something special at White Charcoal. From his roots in his hometown Jaipur, through India and the UK, his interpretation of Indian cuisine is delicious and surprising. It’s one of the most exciting jugalbandis he has been a part of and he can’t wait to see how it unfolds, he said.

Chef Abdul Yaseen said that living in London, he was in a unique position to not just bring authentic Indian fare to the heart of the UK, but also see their food from their perspective. This gave him a distinctive knowledge that he hopes to share at the pop-up with his good friend Masterchef Ajay Chopra. He loves how he uses Indian masalas and looks forward to the treasure trove of unusual Indian recipes he has from his recent travels across the country. He thinks he is going to have the most fun that he has had in a while, he said.

The curated menu is going to be a surprise, but gourmands can expect nothing less than extraordinary. Enjoy the 7-course meal. For those of you who love a taste of the exclusive, there are limited seats, so grab them before they’re gone!