Republican lawmaker Zofgren apparently performed that Google search on her computer from the dais of the house and as it turns out, the image results for ‘idiot’ reveals a page comprising of Trump’s photos. 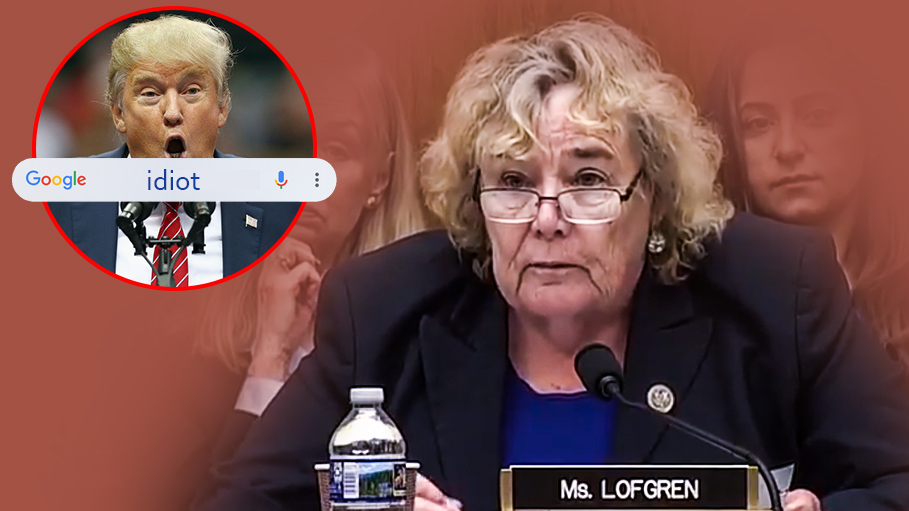 Every time you Google the word ‘Idiot’ under images, pictures of US President Donald Trump appears amongst the top searches. Therefore in order to understand how Google search algorithms work, a Democratic Congress lawmaker asked the tech company’s CEO Sundar Pichai a simple question, “If you Google the word ‘idiot’ under images, a picture of Donald Trump comes up. How would that happen? How does search work so that that would occur?”

A special hearing on privacy and data collection has been arranged in the Congress, where Republican lawmaker Zofgren apparently performed that Google search on her computer from the dais of the house and as it turns out, the image results for ‘idiot’ reveals a page comprising of Trump’s photos.

Google’s chief executive Sundar Pichai, who was testifying before the House Judiciary Committee, tried to explain to the roomful of lawmakers mostly tech novices, how the Google algorithms take into account some 200 factors, which includes relevance, popularity, how others are using the search term to determine how to match a query with its results.

Zofgren then asked, “So it’s not some little man sitting behind the curtain figuring out what we're going to show the user. It’s basically a compilation of what users are generating and trying to sort through that information?”

Zofgren was reacting to the allegations of the Republicans who say that Google employees manipulate results for political reasons. The hearing mostly revealed lawmakers basic understanding of how the Internet works and provided them a platform to complain about unfavorable search results.

Republican Lamar Smith, R-Texas also asked Pichai whether he had ever directed an employee to manipulate search results. Pichai then explained that it is not possible for one person or even a group of people, to do that because there are so many steps in the process that finally led to the results.

Though inspite of Pichai's clarifications, Smith did not accept his explanation and said, “Let me just say, I disagree. I think humans can manipulate the process. It is a human process at its base. Republicans on the panel couldn't get past the myth that some person(s) inside Google couldn’t arbitrarily change search algorithms for political gain”.

Google’s chief executive Sundar Pichai, then said, “Congressman, I understand the frustration of seeing negative news and you know, I see it on me. What is important here is we use the robust methodology to reflect what is being said about any given topic at any particular time? And we try to do it objectively, using a set of rubrics. It is in our interest to make sure we reflect what’s happening out there in the best objective manner possible. I can commit to you and I can assure you we do it without regards to political ideology. Our algorithms have no notion of political sentiment in it”.

This is now a grave concern for the Republican lawmakers, that for long the Republican US President is searched on the digital search engine as ‘Idiot’.