Why is the Horror Movie ‘Veronica’ Being Shown on Netflix So Scary?

There have been scarier movies, then what makes this one dreadful? 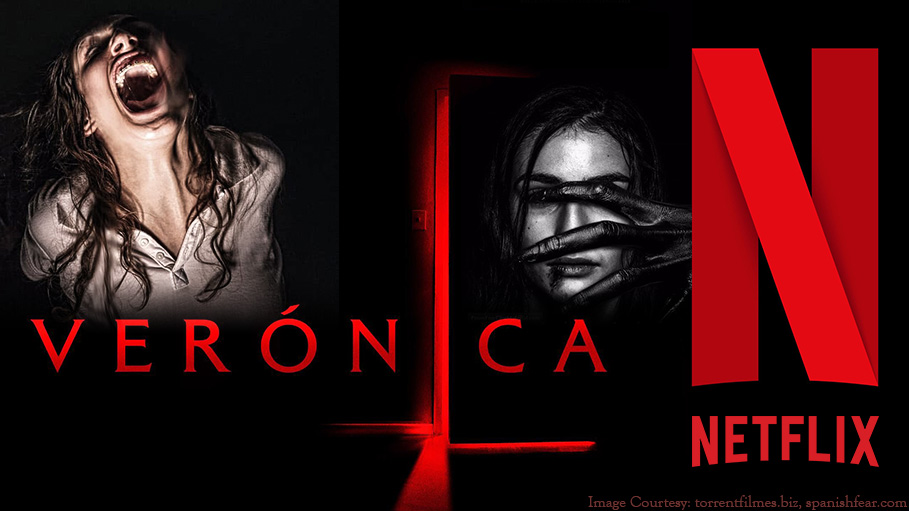 For all the horror movie lovers, there is a scary movie being aired on Netflix which is scaring the daylights out of people. The movie “Veronica” became available on Netflix on February 26, 2018. It is not a Netflix Original nor it is produced by Netflix but it appeared suddenly in its collection of movies. It was screened at the Toronto festival last year. People who have seen it found it so terrifying and scary, they had to turn off the movie half-way through.

Why is the movie considered scary?

One of the main reasons is because people who have seen it found it terrifying and they took to Twitter to inform others about it.

There have been scarier movies, then what makes this one dreadful? The fact that this movie is based on a true story, gives rise to a sense of fear and suspense. The movie is inspired by a true event that took place in Spain in1991. Veronica is also set in the 90s. This story is based on the "Vallecas Case". The case is about a girl Estefania Gutierrez Lazaro who passed away in a hospital in Madrid. However, the case became interesting after the police got involved.

It is said that Estefania and her friends tried to contact the late boyfriend of one of the friends after he died in a motorcycle accident. The séance was conducted in the school using an Ouija board. However, it was disrupted by a teacher who described seeing some kind of smoke going into Estefania’s nose and mouth. It is reported that Estefania began to suffer from seizures and hallucinations for six months. Her parents took her to doctors after she told she saw evil shadows in her room. She finally died in the hospital and her parents reported since her death, their house became haunted.

This is probably another reason why it has created a sense of mystery and fear in the minds of the people. The girl’s mother called the police after she found strange things happening in the house after her daughter’s death.

The police were witness to the strange happenings that went on in Estefania’s family home. They reported hearing a loud sound that came surprisingly from an empty porch and there was nothing that could have caused the sound, they also saw a door of an antique cupboard open suddenly in an unnatural way. What was probably frightening was witnessing a crucified Jesus being separated from the cross. These strange events confused even the police. The cops report read  they came across a "situation of mystery and rarity." Very rarely we see situations where the investigating authorities admit seeing something inexplicable and confusing. What can stop people from becoming fascinated by a story that even has the seal of the authorities. This case became the Amityville of Spain. The fact that three policemen witnessed these strange phenomena has made this case garner much attention.

The plot of 'Veronica'

The story revolves around a girl named Veronica who along with her friends Rosa and Diana try to contact her dead father, but before that, they contact her boyfriend who died in a motorcycle accident. However, something goes wrong and they come in contact with evil supernatural forces. There are eerie sounds, jarring noises and objects flying suddenly and other freaky visual effects which create a freaky atmosphere.

The movie is directed by Paco Plaza who also directed the 2017 horror movie REC. The lead role is played by a Spanish actress Sandra Escacena. Angela Fabian and Carla Campra play Veronica’s friends.

SEE ALSO:
Horror Movie ‘A Quiet Place’ Tells Us That Silence is Scary