Priyanka Chopra is quite close to soon-to-be royal Meghan Markle, so there are high chances that Priyanka Chopra might be an integral part of the biggest wedding of the year. 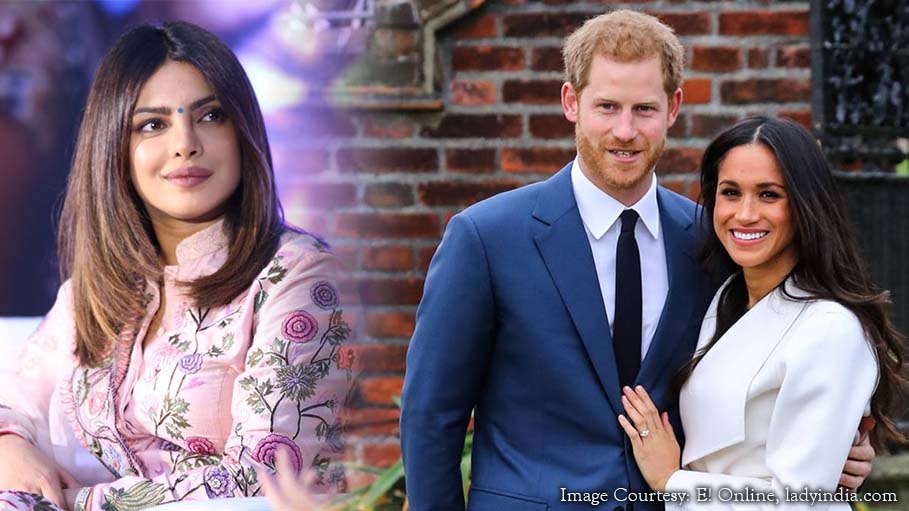 During an interview with Harper’s Bazaar Saudi Arabia, Priyanka Chopra gave hints that she might be present at the royal wedding. On being questioned regarding her presence in the event she replied coyly "If you see me there, you’ll know."

In addition to this, there are also speculations that Priyanka Chopra may even be Meghan’s bridesmaid. Since Priyanka Chopra is not disclosing the details, we need to keep our fingers crossed till the D-day arrives. The two friends first met several years ago in ELLE women television dinner and have remained pally since then. Priyanka said “We just became friends, like two girls would."

Priyanka Chopra also looks up to Meghan as a person and she had some really kind words to say about her friend “She’s an icon, truly, that girls can look up to, that women can look up to. She’s normal, she’s sweet, she’s nice, she thinks about the world, wants to change it and this was even before any of this happened.”

She also stated that by stepping into Royal shoes, Meghan is going to make some impactful changes to the lives of women, feminism, the monarchy, of diversity and of race.

Priyanka Chopra thinks that Meghan Markle is just right for the role and she’s certainly much more than Prince Harry’s girlfriend.