Will Sell My Clothes to Provide Cheapest Wheat Flour to People: Shehbaz Sharif

While addressing a public meeting at Thakara stadium on Sunday, the PM said, "I reiterate my words, I would sell my outfits and provide the cheapest wheat flour to people." 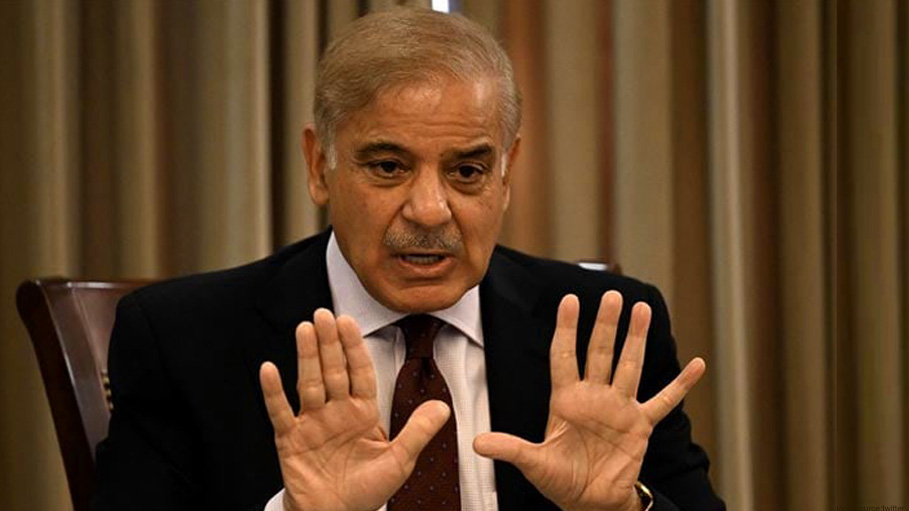 Islamabad: Pakistani Prime Minister Shehbaz Sharif has given an ultimatum to the Chief Minister of Khyber Pakhtunkhwa Mahmood Khan saying that if the leader does not bring down the price of 10 kg wheat flour bag to ₹ 400 within the next 24 hours he will sell his clothes and will himself provide the cheapest flour to the people.

While addressing a public meeting at Thakara stadium on Sunday, the PM said, "I reiterate my words, I would sell my outfits and provide the cheapest wheat flour to people."

The political heat in the public meeting echoed in the PM's address to the people. He targeted the former Prime Minister Imran Khan saying that he gifted the country with the highest-ever inflation and unemployment.

PM Sharif also condemned the government led by Imran Khan saying that he failed to fulfil his promise to provide five million houses and 10 million jobs and pushed the country into an economic crisis.

"I solemnly declare in front of you that I would lay down my life but put this country on the path to prosperity and development," Shehbaz Sharif said during the rally, reported Dawn.

Speaking on the Balochistan polls, the PM said that people exuded confidence in him and came out to vote in his favour.

"This has been happening rarely, people of Balochistan thronged the polling stations and as I expected the voters' turnout remains between 30 and 35 per cent which is a confidence of people in democracy and improvement in law and order," he added.

As Pakistan continues to be gripped by a rise in fuel prices, Shehbaz Sharif blamed the Mr Khan for this.

"Imran Khan, who disgraces everyone in public, had reduced petroleum products' prices at a time when the rates were increasing all over the world after realising that he will be thrown out of power through a no-confidence motion," he said, as per the media portal.

"I have backache but even then I travelled to meet you and enjoyed the motorway ride on all the way as I remembered Nawaz Sharif for his love for people and this country," Shehbaz Sharif said.

‘Walmart’ to Wind up Operations in India