With Eye on China, India to Develop Drones with US

In 2016, the United States designated India as a "major defense partner," and since then, the two countries have signed agreements that facilitate transfers of top-grade arms and deepen military cooperation. 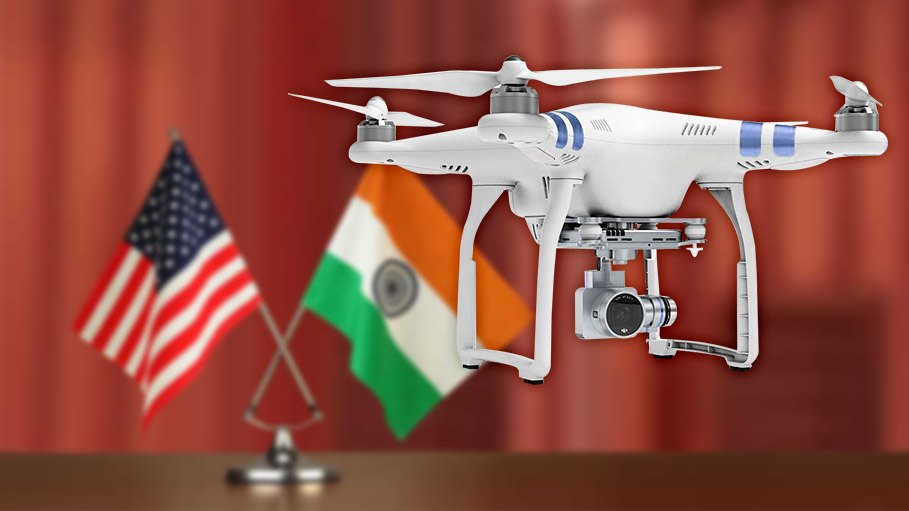 Washington: The United States and India will co-develop drones, a senior Pentagon official said Thursday, as Washington seeks closer ties with Delhi as a way of countering China.

India will build these aircraft and export them to other countries in its region, this official said.

Delhi wants to diversify its weaponry, which is mainly Russian-made, and also to develop its own defence industry.

"And we want to support India on both fronts and are doing so," Eli Ratner, assistant secretary of defence for Indo-Pacific security affairs, told a group of reporters and defence experts.

"In practical terms, that means that we're going to be working closely with India on co-producing and co-developing capabilities that will support India's own defence modernization goals," Ratner said.

India can then "export to our partners across the region, including in South and Southeast Asia at affordable price points."

He also said the Pentagon is considering in the near and medium term "opportunities to co-produce major capabilities," but did not say which ones.

"We're having good conversations with our counterparts in the Indian government at the highest levels about our respective priorities in that regard, and we hope to have more to announce on this front before too long," Ratner said.

Ties between the United States and India were troubled for many years, but their shared wariness of an aggressive China brought the countries closer together under Prime Minister Narendra Modi and former president Donald Trump.

In 2016, the United States designated India as a "major defense partner," and since then, the two countries have signed agreements that facilitate transfers of top-grade arms and deepen military cooperation.

SEE ALSO:
With Eye on China, Quad Nations to Tie up to Secure Rare Earth Metals