Woman Gets Free Chicken for Life for Praising Restaurant on Twitter

The tweet from Bri Hall drove demand for the Roaming Rooster's sandwiches, generating lines that still stretch out the door at all hours of the day. 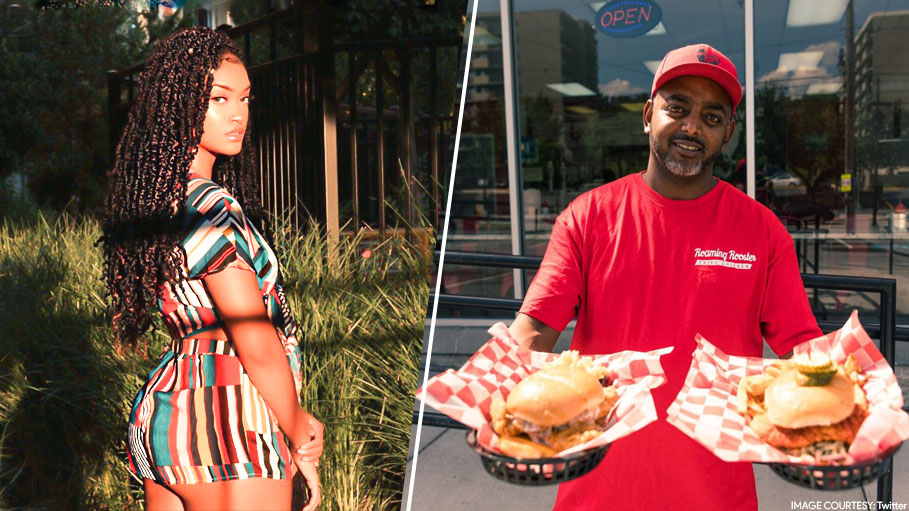 WASHINGTON: Two weeks ago, a tweet praising the fried chicken sandwiches at Roaming Rooster in the District of Columbia went viral - and now, to repay the tweeter, the restaurant's owners have granted her free chicken for life.

The tweet from Bri Hall, a 24-year-old musician raised in Maryland whose stage name is "La Hara," drove demand for the restaurant's sandwiches, generating lines that still stretch out the door at all hours of the day. Hall posted during the height of America's obsession with the Popeyes chicken sandwich to suggest that Washington, D.C., locals try Roaming Rooster, a family business owned by an Ethiopian immigrant who, she wrote, "has always been kind."

"After her tweet, our business went up," said Michael Habtemariam, one of the restaurant's owners. "Now she never has to pay again."

That also holds true for Hall's boyfriend, Kristopher Head, a photographer and videographer, Habtemariam said. Habtemariam - who owns the restaurant along with his brother Biniyam Habtemariam and Biniyam's wife, Hareg Mesfin - has never before granted anyone free chicken in the roughly four years since Roaming Rooster launched, he said.

Head was the one who introduced Hall to the restaurant about a year ago, Hall wrote in an email to The Washington Post, sent before she learned she was receiving free chicken.

"He came home raving about their food, bringing some for me to try and it was the BEST chicken sandwich I've ever had," Hall wrote. "From there on, a bond was forged between our families and we became regular customers."

She felt the urge to tweet about Roaming Rooster during a week ago when she was "scrolling through Twitter" and noticed a large number of posts about Popeyes, which she has never particularly liked. Hall always thought that Popeyes lacked the "it factor" you see at home or when exploring other cultures' cuisines, she wrote.

Plus, she saw the Habtemariams as "one of the kindest groups of people" she had ever met.

"I wanted people in the DMV area to know that we had something special right here in front of us, that wasn't a fast food chain," she wrote. "I couldn't be more happy since the virality of my tweet. Going to the restaurant and seeing the line wrapped outside the door was beautiful."

Habtemariam said Monday that demand hasn't dipped since Hall's tweet - if anything, it seems to be growing. Still, customers eager to try Roaming Rooster's fried chicken sandwiches (which come in five varieties) shouldn't despair: Habtemariam said that, unlike Popeyes, his restaurant is unlikely to run out of fried chicken any time soon.

He informed Hall that she had free Roaming Rooster chicken for life via Instagram direct message, Habtemariam said. The two haven't yet spoken directly about the gift, he said, though he plans to call her soon.

Hall, who could not immediately be reached for comment about the gift, joked in a tweet that the lifetime supply of free chicken was likely to add to her waistline.

"Y'all I'm about to be THICK thick," she tweeted to her almost 27,000 followers, before adding "much love."

Hall wrote in an email to The Post that her biggest takeaway from the past few days is that "there's nothing to lose by promoting someone or something you think deserves better."

"There is no better feeling than being able to go somewhere locally and see a whole family's life changing," she wrote. "I want readers to know that if they have friends, family, or local businesses they support to support them out loud."

SEE ALSO:
Pope Francis Apologizes for Getting Annoyed at a Woman Who Grabbed His Hand

Suffragette Campaign Gets Pardon after a Century