The ship, which is known as ‘the Ural’ was floated out from a dockyard in St Petersburg on Saturday. The ship is the largest and most powerful icebreaker in the world. 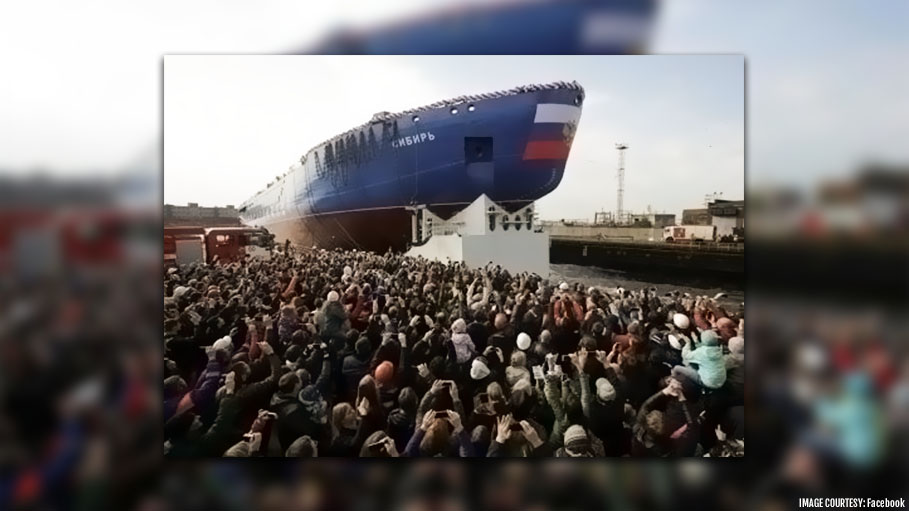 Russia has launched ‘the Ural’ a nuclear-powered icebreaker recently. It is a part of Russia’s ambitious programme to renew and expand its fleet of the vessels in order to improve its ability to capture the potential Arctic’s commerce.

The ship, which is known as ‘the Ural’ was floated out from a dockyard in St Petersburg on Saturday. The ship is the largest and most powerful icebreaker in the world. It is designed to accommodate 75 crew members and has the capability to slice through ice up to three metres thick.

Russia is building new infrastructure and improving its existing ports amid warmer climate cycles, so that it can keep itself ready for more traffic through what it calls the Northern Sea Route (NSR), which is expected to soon become navigable round the year.

Moscow also knows it clearly that the route, which runs from Murmansk to the Bering Strait near Alaska could take off as it cuts sea travel time from Asia to Europe.

The Ural will be handed over to Russia’s state-owned nuclear energy corporation Rosatom in 2022 after the two other icebreakers in the same category, Arktika (Arctic) and Sibir (Siberia), enter the service. The Arktika was once floated in the year 2016.

Alexey Likhachev, Rosatom’s chief executive said, “The Ural together with its sisters are central to our strategic project of opening the NSR to all-year activity”.

In April this year, Russian President Vladimir Putin has announced the building of the icebreakers, which aims significantly on boosting freight traffic along its Arctic coast.

The drive is also part of a push to strengthen Moscow’s hand in the High North as it competes for dominance with traditional rivals like the US, Canada, and Norway, as well as the competitor China.

Putin also announced that by 2035, Russia’s Arctic fleet would be operating at least 13 heavy-duty icebreakers, 9 of which would be powered by the nuclear reactors.

The Arctic holds oil and gas reserves, which is equivalent to 412 billion barrels of oil, which is about 22% of the world’s undiscovered oil and gas, according to an estimate by the US Geological Survey.