Ryusuke was delivered on 1st October after 24 weeks and five days in his mother’s womb by an emergency caesarean after his mother, Toshiko Sekino complained of hypertension. 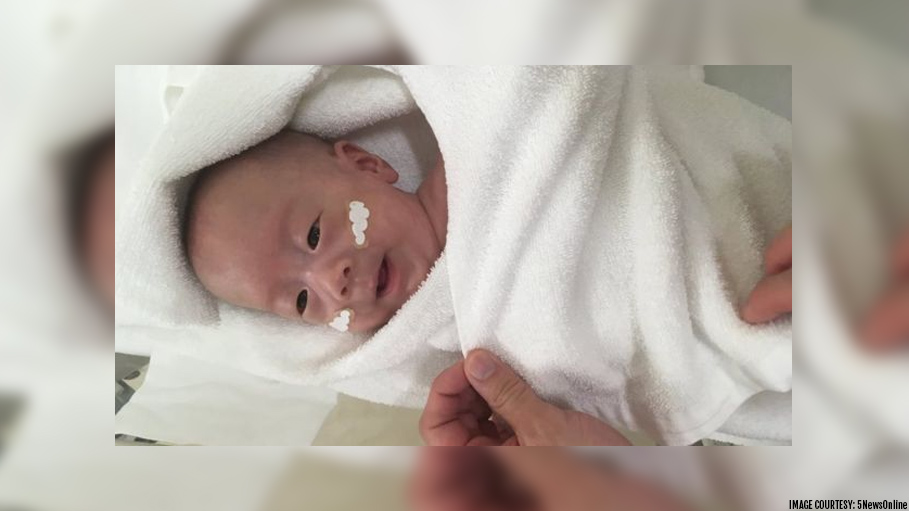 Six months after his birth, in last October, Ryusuke Sekino, who is believed to be the world’s smallest surviving baby boy has left the hospital for his home in Central Japan.

At the time of birth, Ryusuke’s who weighted around 258g has now increased to more than 3kg. His mother at that time of his birth feared that even touching him could prove dangerous for his tiny frame, who is then equal the size of an Apple.

Ryusuke was delivered on 1st October after 24 weeks and five days in his mother’s womb by an emergency caesarean after his mother, Toshiko Sekino complained of hypertension. At the time of birth, the newborn, who was just 22cm in length and was therefore shifted and treated at a neonatal intensive care unit at Nagano children’s hospital.

During the course of his 6 months treatment at the hospital, he was fed via tubes and with frequent drops of his mother’s milk administered using cotton buds.

Mother Toshiko informed Ryusuke is doing good, while sharing her joy with media she said, “When he was born, he was so small, and it seemed as if he would break if I touched him. I was so worried. Now he drinks milk. We can give him a bath. I’m happy I can see him growing day by day thanks to the special care he received here.”

The medical team at the hospital is also elevated with the improvement of the little baby. A doctor at the hospital Takehiko Hiroma said he is “very happy” that Ryusuke’s treatment had been successful. He said, “There have been difficulties in the treatment because, immediately after his birth, his blood vessels were too thin to administer intravenous drips”.

Ryusuke was born two months after the birth of the previous record holder also from Japan, who weighed 268g. Though the name of the infant was never registered and was discharged from a hospital in Tokyo in February this year.

According to the University of Iowa record, the smallest baby that has survived is a German girl who weighed 252 grams at the time of her birth in 2015. The rate of survival among the very small babies is significantly lower in case of boys than girls. The university’s website, which keeps a registry of the world’s tiniest surviving babies, shows that six out of 25 babies worldwide have survived after being born weighing less than 300g were girls.