Wreck It Ralph 2 is a 3D, animated science fiction comedy that is being produced by Walt Disney Animation Studios. It is the sequel of the 2012 film – Wreck-It Ralph. 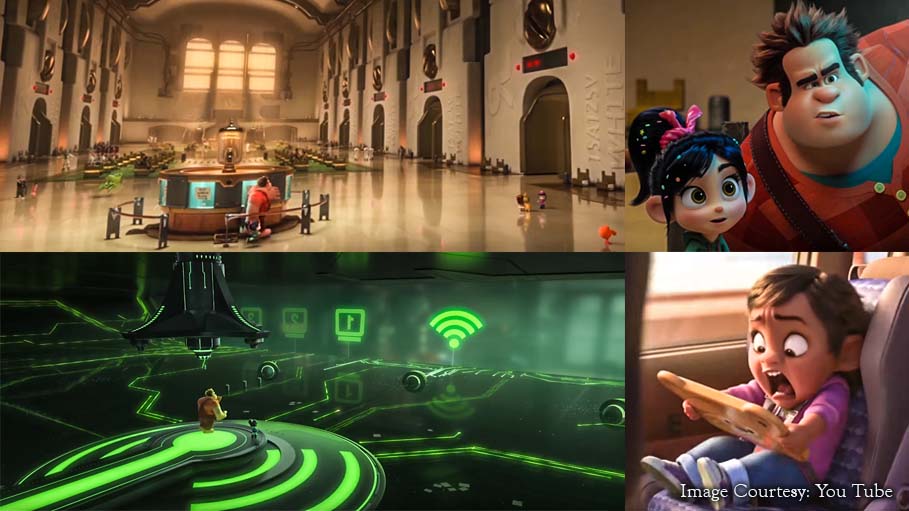 Upcoming movie- Wreck It Ralph 2 is a 3D, animated science fiction comedy that is being produced by Walt Disney Animation Studios. It is the sequel of the 2012 film – Wreck-It Ralph.

The movie centers around the happenings that have taken place six years after events in the first film. The film revolves around Ralph’s adventures in the world of internet along with his best friend Vanellope von Schweetz. They are in search of a replacement part to save Vanellope’s video game- Sugar Rush.

They get absorbed into the world of internet through a WIFI connection. Ralph seems to be totally unaware of the internet terminology and in one of the scenes Ralph hilariously pronounces WIFI  as wifey.  The fun-loving duo seem to be super excited to enter the colorful world of the internet. Vanellope’s character is funny and probably that’s why Ralph loves to hang around with her. Both of them support each other while simultaneously exploring the wide world of the internet.

The trailer gives us a glimpse of what it is to be inside the internet world. The games, the adventures while exploring shopping sites like eBay and so on. Both of them take part in games and in one scene they mess it up big time.

The duo come across new customs, worlds and characters such as the head algorithm Yessss and the Disney Princess  lineup. They take the help of citizens of the internet who are known as netizens to explore their way.

Who else do they meet up in the internet world? Will they ever come back to the real world? What adventures do they come across ? Do they find the replacement part for Vanellope’s video game ? Probably you’ll need to gather some patience to get all your questions answered revolving this electrifying movie. This adventurous comedy film is scheduled to hit the theaters on November 21, 2018.

Till then enjoy this video which gives you a glimpse of what the whole movie would look like.