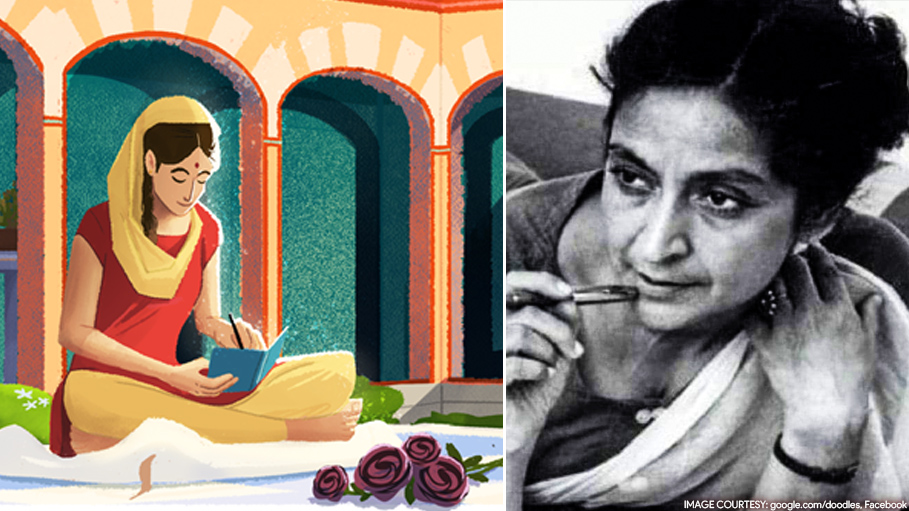 The Doodle illustration has a reference to Pritam’s autobiography, ‘Kaala Gulab’.

Born in British-India’s Gujranwala, Punjab, 100 years ago, Amrita Pritam flourished as one of the eminent poets of the 20th century.

She contributed both in Hindi and Punjabi literature, and is considered as the first acclaimed woman Punjabi poet.

Born as Amrit Kaur, the poet’s works were equally admired, both in India and Pakistan.

Amrita Pritam was known for her outspoken style, especially, giving the women of that time a voice through her literary works.

Amrita Pritam passed away in the year 2005.