Wineland suffered from Cystic Fibrosis. A disease where the average survival age is 40 years. The disease causes an overabundance of mucus within the body which makes patients susceptible to various infections and it also blocks airways in the lungs. 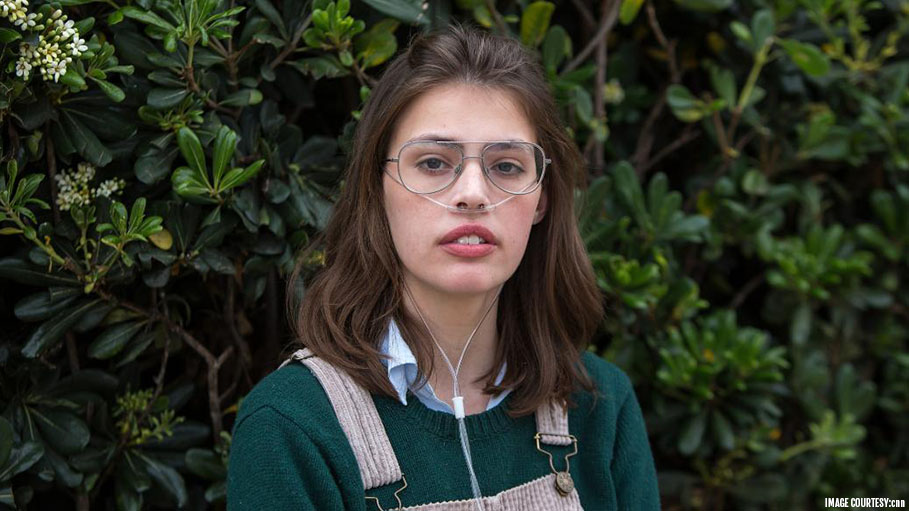 Youtube star and inspirational speaker Claire Wineland passes away just one week after her lung transplant. Despite suffering from a terminal illness- Cystic fibrosis, her inspiring personality was what caught the world’s attention. Here’s her story.

Claire Wineland spent a major part of her life since childhood in a hospital. Despite being terminally ill, she didn’t let the disease rule her life instead she was abundant with spunk, humor and inner strength and so were her YouTube videos. The hospital had become her home and to feel homely she made immense efforts to decorate it as much as possible. The doctors and nurses had become her family with whom she often played hide and seek.

Wineland suffered from Cystic Fibrosis. A disease where the average survival age is 40 years. The disease causes an overabundance of mucus within the body which makes patients susceptible to various infections and it also blocks airways in the lungs. The disease goes on to affect other organs such as the pancreas and ultimately leads to respiratory failure. The only light at the end of the tunnel is to have regular breathing treatments which can take up most of the day and a double lung surgery can be a saving grace for patients. The whole process is awfully painful according to Claire.

Claire never wanted to go in for a lung transplant and when she turned a legal adult she made this clear to her parents. Her parents had to fall in line with her decision and choices even though it pained them. "I had to be honest," she once explained. "It's not for me and never has been."  Things changed though. Earlier this year, Claire’s health declined rapidly which robbed her of energy and she couldn’t do the regular stuff that gave her joy and purpose.

To have a lung transplant, she needed to be very sick while on the other hand, her body needed to be strong enough to withstand the surgery.  She went through the evaluation process, listened to the side effects and risks involved in the surgery. That, of course, didn’t deter her. "None of it spooked me," Claire said afterward. "Now that I'm looking at it as something I have to do ... I'm willing to deal with anything."

In May, Claire got the exciting news that she could opt for a transplant. The young star was on top of the world and she even shared the news with her followers. But misfortune struck yet again. Claire suffered a bout of illness which struck her off the list. The young fighter never gave up though and by mid-August, her body was again ready to undergo surgery. "It's a GO!!!" See y'all on [the] other side,”, she posted on Twitter before being wheeled into the operation theatre.

The nine-hour surgery went well and her lungs were even functioning properly. Claire’s mom posted a video of herself dancing in the waiting room with her friends. Alas, the good moments were only short-lived. In a shocking twist of events, Claire suffered a stroke when a blood clot cut off blood flow to the right side of the brain. Despite “herculean efforts” by Doctors, they couldn’t revive her and it dawned on Claire’s mother that it was time to let go of her angel. Claire passed away peacefully with her parents by her side.

Claire has been declared a hero even in her death. She has saved the lives of two people. Her right kidney was transplanted to a 44-year-old woman in San Diego and her left kidney was transplanted to a 55-year-old man in Northern California. Claire’s corneas and tissues will be used to enhance the lives of 50 people. In honor of their daughter, Claire’s parents will be taking Claire’s ‘Place Foundation’ forward which was created to financially support other terminally ill children.

The message of this extraordinary strong woman to the world, in one of her, thought-provoking videos is "Go enjoy your life. Really. I mean that seriously; Go enjoy it, 'cause there are people fighting like hell for it." In one of her TED talks, Claire explains that “The quality of your life isn’t determined by whether you’re healthy, or sick or rich or poor. Not at all. It’s determined by what you make out of your experiences as a human being.”