No hair spray or gel could help her parents style the hair downwards. 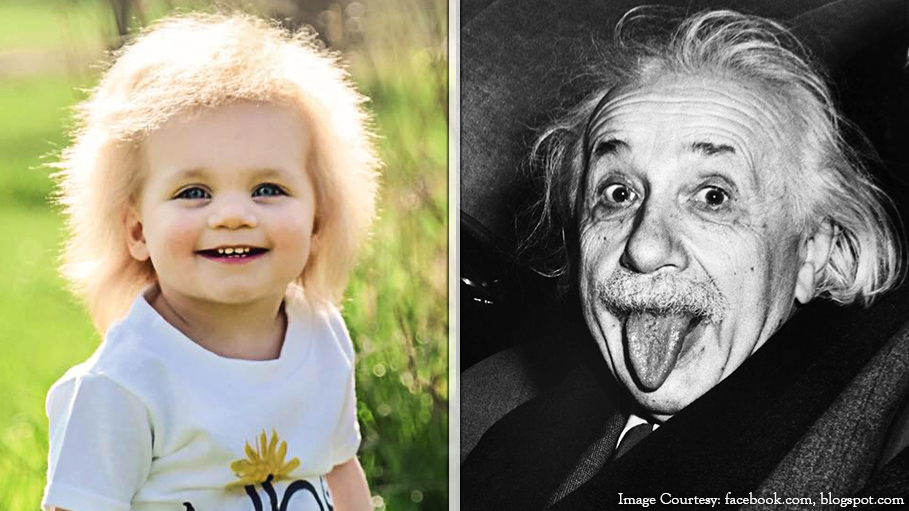 An adorable baby girl named Taylor McGowan has been diagnosed with an ultra-rare hair condition called Uncombable Hair Syndrome (UHS). A condition that makes her hair stand on end.

Taylor McGowan, 17 months attracts crowds due to her Uncombable Hair Syndrome and her mother Cara says she is stopped around “nine or ten times” by people when she goes to a store. Taylor’s bright hair stands on end and despite her parents’ immense efforts to style it downwards; it will just refuse to stay down. Surprisingly, her parents have straight brown hair.

Cara who is a full-time mom said, “At first we thought we would just put a bit of water and comb it down, but it pops back up.” Cara who lives in the suburb of Chicago in Illinois said “I didn't want to put a bunch of chemicals on her hair and I had read that aloe vera gel would act like hair gel,” Cara continued. "We tried that several times to no avail. In total, we have tried all kinds of products, maybe 15 different things. We have tried hairspray, gel, mousse.”

Cause of ‘Uncombable Hair Syndrome’

Cara and Tom McGowan contacted Professor Regina Betz at the University of Bonn in Germany who researches on UHS. The Professor explained to the parents, that the syndrome is caused by a mutation to one of the three genes PADI3, TGM3, and TCHH. The defect impairs the interaction of the structural protein that gives hair its shape and strength. This results in the hair follicles attaining a triangular, heart-shaped or kidney-shaped cross-section that finally results in this unique hair. A genetic testing revealed that both Cara and Tom carry a mutation of PADI3 and their young daughter inherited this.

For Cara and Tom, UHS comes as a big surprise as they never even knew that such a condition existed. Being parents to Taylor hasn’t been easy for them. Most people compliment Taylor while there are others who are filled with questions. They ask Cara if Taylor’s hair is bleached or damaged, or if she has African American genetics. One person even went to the extent of asking whether she stuck her fingers in a light socket. It’s not easy stepping out of their home as some of the questions that are asked are not always kind.

Once, while Cara was at her pediatrician’s office, a woman with her daughter started pointing out to Taylor saying “Look, how funny her hair looks.” Cara labels this as an act of bullying and hopes that they can spread a message of awareness for people who are different. They want to live a normal life.

Despite Taylor’s rare hair condition, they want her to know that she is beautiful and perfect the way she is. They also want her to know that everyone is unique. Taylor is lucky as her parents absolutely adore her unique look and have nicknamed her ‘Einstein 2.0’ after the scientist (Albert Einstein) whose static white hair was rumored to have been caused by UHS. Cara even dressed Taylor up as ‘Baby Einstein’ for Halloween. Taylor’s mom feels that her hair matches with Taylor’s personality which is-outgoing and free. You can also check out ‘Baby Einstein’s’ facebook page here – Einstein 2.0 - UHS  Awareness.