The official teaser of RAW was released on the eve of Republic Day that went viral instantly. The movie is a true story that follows the events in the life of a forgotten patriot whose prime mission in life was to serve his country. 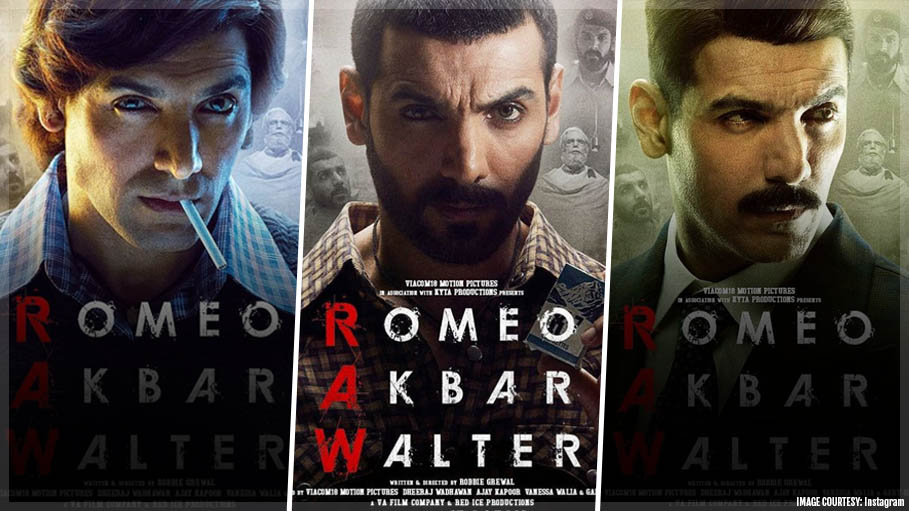 Actor John Abraham is quite thrilled about his latest flick titled ‘Romeo Akbar Walter’ which is a spy thriller. John looks refreshing in all his new get-ups in the teaser as well as the movie posters that have been shared on social media.

The movie is a true story that follows the events in the life of a forgotten patriot whose prime mission in life was to serve his country. According to the actor, Romeo Akbar Walter (RAW) was one of his “most challenging” projects till date.

The official teaser of RAW was released on the eve of Republic Day that went viral instantly. The trailer starts with John’s mother narrating how as a child he was taken to the Republic Day parade in Delhi by his father and her young son was so enthusiastic to salute.

It’s evident that as a child John was raised in a strong patriotic environment and thus patriotism and heroism are naturally embedded in his blood.

As the trailer progresses, one can see John in various get-ups and we must say that he carries both his rugged look as well as his sophisticated look with a moustache very well. The title of the movie clearly suggests that John would be primarily portraying three characters namely Romeo, Akbar and Walter. The teaser gives out that the plot is infused with many surprising twists and turns.

The actor took to Twitter on 26th January and shared these lines, “As we celebrate our nation’s 70th Republic Day, let’s remember those who have lived and died to protect our freedom. Presenting the teaser of ‘Romeo Akbar Walter’. #RAW based on the true story of a patriot in cinemas on April 12th. Jai Hind! #RAWTeaser.”

In a recent statement, John said, “Collaborating with Viacom18 Motion Pictures and KYTA Productions on RAW has been very exciting. Having worked with them in the past, I know we have the right partners with experience and strong support for this edge-of-the-seat thriller.”

According to the ‘Dhoom’ actor, the making of RAW pushed his limits in certain aspects such as “looks, accents and personas.” The Dhoom actor has done quite a number of action films over the years but now it appears that patriotism has taken centre stage in all his action movies.

Apart from John, the movie also stars Jackie Shroff, Mouni Roy, Suchitra Krishnamoorthy and Sikander Kher. The movie is directed and written by Robbie Grewal. Grewal has already made three movies prior to this, the first one being ‘Samay: When Time Strikes’ that was well received at the box office. ‘Samay: When Time Strikes’ was inspired by the Hollywood movie Se7en starring Morgan Freeman and Brad Pitt.

RAW which is an action-packed patriotic movie is all set to hit screens on April 12.