United Nations Secretary-General Antonio Guterres Wednesday made a personal appeal to Vladimir Putin to not attack Ukraine, minutes before the Russian president announced a military operation against its ex-Soviet neighbor. 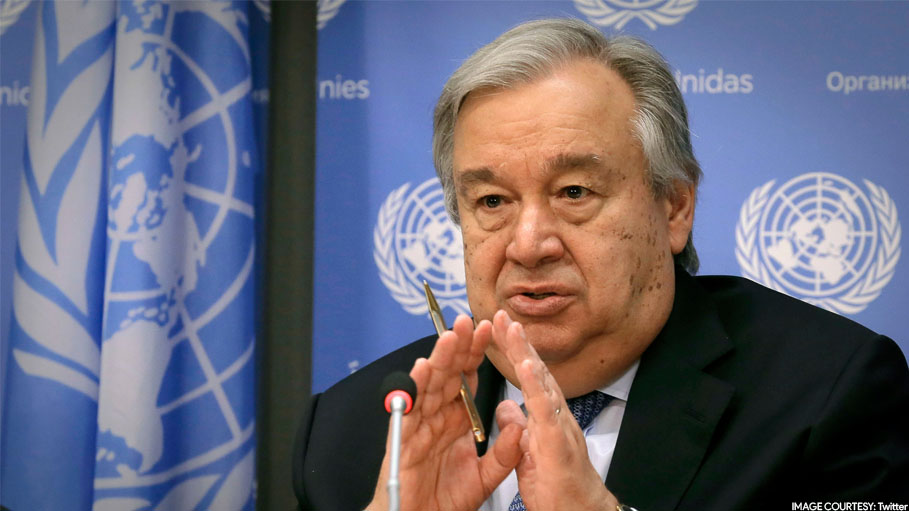 United Nations: United Nations Secretary-General Antonio Guterres Wednesday made a personal appeal to Vladimir Putin to not attack Ukraine, minutes before the Russian president announced a military operation against its ex-Soviet neighbor.

"President Putin, stop your troops from attacking Ukraine, give peace a chance, too many people have already died," Guterres said during the second emergency Security Council meeting in three days over the Russia-Ukraine crisis.

As world leaders one after another urged Russia to stand down, Putin made a surprise speech on Russian TV, announcing he had "made the decision of a military operation."

Warnings of a possible Russian invasion had mounted over weeks, as Moscow massed troops on Ukraine's borders and earlier this week recognized the independence of two breakaway eastern Ukraine regions.

Putin's announcement came after the Kremlin said rebel leaders in eastern Ukraine had asked Moscow for military help against Kyiv.

Speaking after Guterres, UN Under-Secretary for Political Affairs, Rosemary DiCarlo, said Wednesday there were reports of "large-scale military buildup and military columns moving towards Ukraine" and that Russia had "shut airspace" to civilian aircraft along the border between the two countries.

The UN could not verify the reports, she added.

The US Ambassador to the UN Linda Thomas-Greenfield made a similar appeal to the Russian president.

"Send your troops and your tanks and your planes back to their barracks and hangars and send your diplomats to the negotiating table," she said.