‘Velvet Buzzsaw’: The Upcoming Netflix Horror Flick You Should Look Forward to

Actor and star Jake Gyllenhaal will be soon arriving at your bedroom this February, unloading the art of mystery and horror. Have you yet watched the ‘Velvet Buzzsaw’ trailer on Netflix? Well, here it goes! 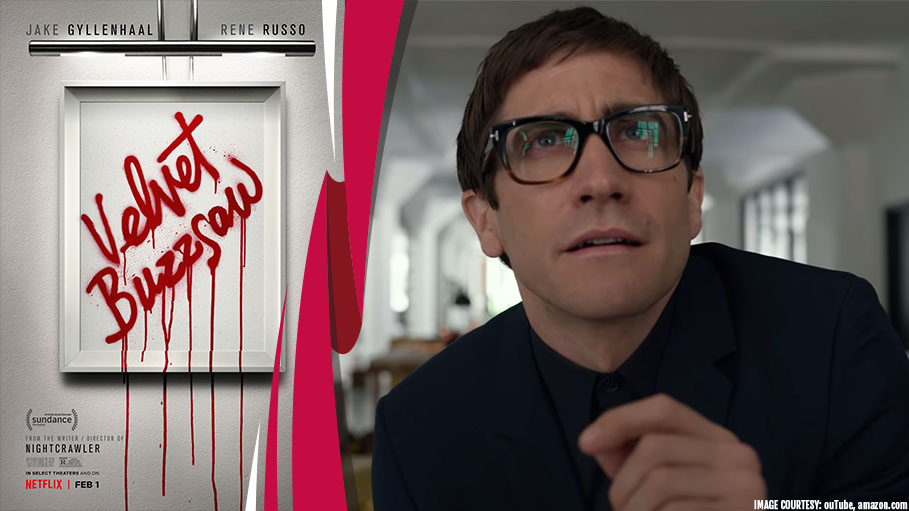 After films like ‘Birdbox’ or the multiple-ending movie ‘Bandersnatch’ from ‘Black Mirror’, Netflix is all set to give your love-lost February a thrilling twist. Netflix originals presents ‘Velvet Buzzsaw’, a horror mystery starring Jake Gyllenhaal.

The film has already had its premiere at the 2019 Sundance Film Festival and has been rated 9.3 on IMDB. Set in the contemporary art world of Los Angeles mystery begins to spin around some paintings and art installations of a dead artist. The painted objects on canvas augment their existence in the real world spreading horror, bloodshed and confusion.

Why you should be looking forward to this Netflix Originals motion picture has not one but a number of reasons. Firstly, Jake Gyllenhaal who plays an art critique in the film, is known for his complex and experimental characterizations in several Hollywood biggies, namely, ‘Zodiac’(2007), ‘Source Code’(2011), ‘Enemy’(2013), ‘Nightcrawler’(2014), ‘Nocturnal Animals’(2016) among others. Secondly, ‘Velvet Buzzsaw’ comes from the same writer-director of ‘Nightcrawler’ Dan Gilroy which definitely promises similar sort of adrenaline rush once again.

Next, the film casts other prominent actors like Rene Russo, Toni Collette, Tom Sturridge, Natalia Dyer, Daveed Diggs, Billy Magnussen, John Malkovich that absolutely can ask for one single watch, even if you are not too comfortable with the genre or you haven't seen ‘Nightcrawler’ yet.(I'll prescribe to give it a watch before you tune in to this)

‘Velvet Buzzsaw’ releases on February 1 that is this Friday, on Netflix and in some selected theatres. Do share your experience with us in the comments!