Aamir Khan has announced his next big release and it’s an adaptation of Hollywood classic ‘Forrest Gump’ Here’s more! 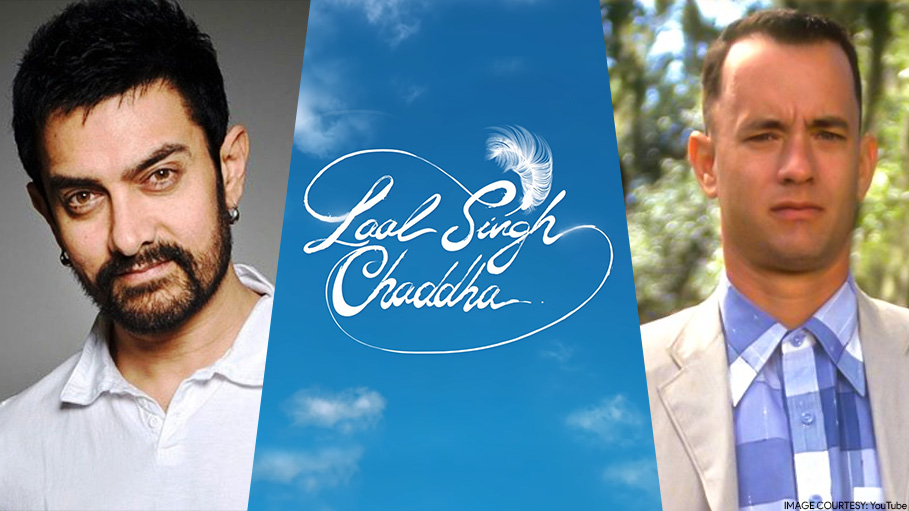 Mr. Perfectionist of Bollywood, Aamir Khan has made his next release official on Wednesday. Project ‘Laal Singh Chaddha’ got its title poster/logo released on public and social media platforms.

The much cherished and cute pair from ‘3 Idiots’ (2009) will be arriving back in ‘Laal Singh Chaddha’, as the gorgeous Kareena Kapoor Khan will co-starring Aamir in the film. Although both the stars had worked together in the 2012 suspense horror ‘Talaash’, this is the second time that they will be seen romancing each other on-screen.

Albeit, the story of ‘Laal Singh Chaddha’ is not an original one. It is an adaptation and rather inspired by the 1994 Hollywood drama ‘Forrest Gump’. The Tom Hanks starrer film went on to become an all-time classic and walked away with 6 Academy Awards in 1995.

A scene from ‘Forrest Gump’

The plot narrates the unusual journey of a usual man, Forrest Gump, who never was the most popular either in school or college, yet made remarkable contributions to the lives of many. An ever grounded individual who could never forget his childhood sweetheart and stayed by her side when she needed him the most. The heart touching tale now remade in Indian cinema is definitely something to look forward to.

How excited are you to witness Aamir Khan as the desi ‘Forrest Gump’? We are eager to know!

SEE ALSO:
Aamir Khan Visits Rishi Kapoor in New York and Neetu Kapoor Is All Praise of Him