The trio were all smiles, especially Rishi Kapoor who was seen fondly putting his hand around Aamir Khan. 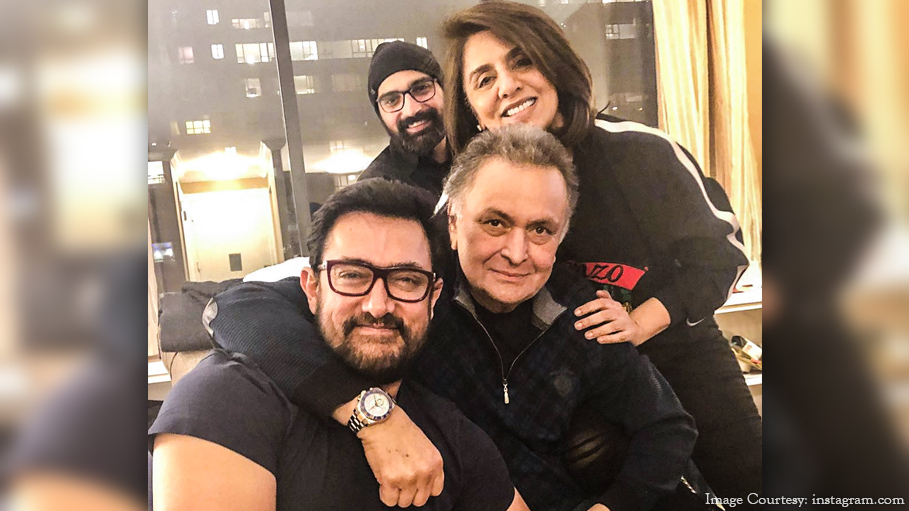 Aamir Khan has been applauded by Neetu Kapoor as the ‘The Thugs of Hindostan’ star took out special time of his schedule to meet Rishi Kapoor who is undergoing treatment in New York. Neetu Kapoor was all praise for Aamir that she posted these lines on Instagram, “It's not how many hours one spends with a person; its how much you give in that time. Aamir gave so much and more - Love, respect, warmth and laughter. He is a true superstar." She went ahead and shared a picture of the three of them together.

Check it out below:

The trio were all smiles, especially Rishi Kapoor who was seen fondly putting his hand around Aamir Khan. Rishi Kapoor and Aamir Khan worked together in a film called ‘Fanaa’ way back in 2006.

When he had spoken about his treatment earlier, Rishi Kapoor said that the treatment was a long and a tedious one, requiring a lot of patience. He revealed that patience is one quality that he actually lacks. The actor added that he has taken a long break from his work and hopefully this would have a therapeutic effect on his mind and soul.

Neetu Singh had earlier shared a photo of herself with Rishi Kapoor, captioning it with these words, “Lunch date. This is what happens after 38 years of marriage. Husband on the Phone and I’m clicking selfies.”

Among other celebrities who met Rishi Kapoor in New York are Priyanka Chopra, Anupam Kher and Sonali Bendre. Ranbeer Kapoor visited New York in the month of December with girlfriend Alia Bhatt.

It is commendable how these stars come together to show love and concern for their co-stars in challenging times. We wish Rishi Kapoor a speedy recovery and just like his movie may he be ‘102 not out’.