After 20 Years of ‘The Truman Show’, the World is Walking Down the Same Path

After 20 years of the release of Truman Show, we can say that the movie told a lot on the culture we are striving today. 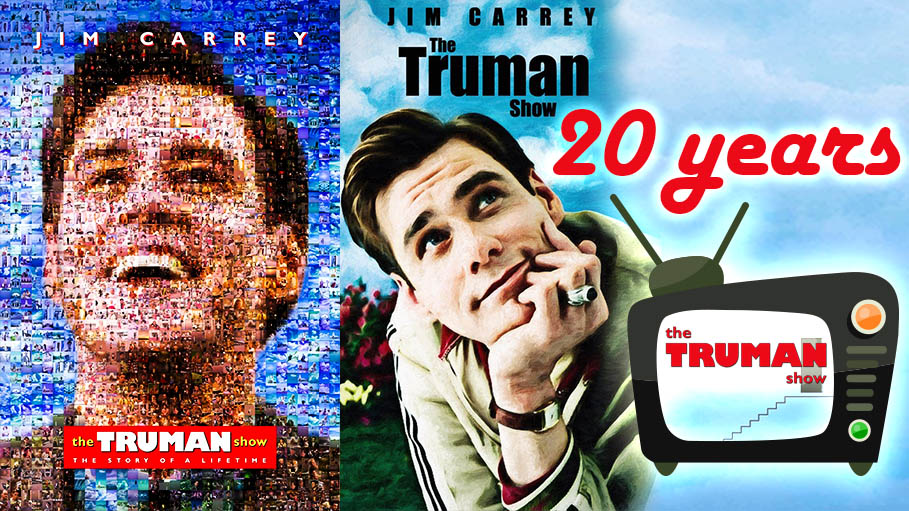 Jim Carrey and his phenomenal performance as Truman Burbank in the movie ‘The Truman Show’ depicted the future as Christof declared his show as the ultimate reality show with true emotions. Released in 1998, this satirical science fiction movie had clearly stated its presence as one of the cult movies of the time. The movie was critically acclaimed all throughout. The performance of Jim Carrey was unexplainably good and some notable characters were of Christof who seemed to be appearing as a demiGod who is acting as a creator of the show in the movie.

The Connection with Today’s World

But why today this movie is being looked forward as an example? The concept of the reality show which once became the harsh truth of the movie is now the reality of television shows. The movie sympathized with the pivotal character Truman Burbank who was being filmed to showcase the whole world. For all, he was being an entertainment and nothing seemed private in his life without the main character knowing that he was filmed. From his family, spouse, bestie, neighbors and the whole city were being a part of a show acting all throughout. The viewers were overjoyed when Truman comes close to the revelation of the fact and frees himself from the pangs of a life which could be anything but true.

But surprisingly, the satiric fiction is now true for the people. People would love to get filmed about their private life. The concept of reality show is now similar to the Truman Show. So, what was considered empathy and immoral all together is now an entertainment.

In the movie, Christof- the director of the Truman Show always presented his created place SeaHaven Island as utopian land. Remember the number plate on Truman’s car stating that SeaHaven is a nice place to live? Even in the last scene, when Christof’s voice comes in through the cloud it gives an idea that the Creator is speaking himself from the Heaven. This is apparently true as the island, the entire city which was the world Truman was Christof’s creation. But Truman chose to leave his safe place and move forward in life for the real world. But now the reality seems to change. People are running towards the world of reality show. So is the definition of “real” changing? Or is it the glam and perfection of the artificial world an escape from the real struggle of living in a regular world.

Some experts are even saying that these days the urge to get famous and be in the limelight is so much that people are wanting all the attention. Social media profiles are getting flocked with selfie, updates of a regular person, their list of favorite movies, the updates of dinner date, their visits to a new location and the list is ever growing. Any person who is regular in updating about their lifestyle in social media gives a pretty well picture to a person who is not much in contact. People follow a person’s social profile to know a bit about them as that is a quite easy and effective way. So, it can be said that people are wishing their lives to be the talk of the town. High-end lifestyle, picture-perfect makeup, branded attire, luxury holidays- all is like that fairy tale world where people seems all smiles and no pain. But is it a true picture or the picture that is being portrayed only for likes, follows and shares. The hashtags and tagging to memes are all to show people about their lives. More like products being endorsed rather than storytelling.

Remember the scenes of Meryl in the Truman Show. In the movie, Meryl is mostly seen ever smiling. Her plastic smile sometimes seems odd in situations of tense emotions. When Truman is freaking out gauging some wrong in everything that’s happening in his world, she is seen offering her cocoa powder saying that this is the best cocoa with no added sugars. She seems like endorsing a product in a tense situation which is basically for the promotion of the products being used in the show. She is seen doing the same for several other things like the lawn mower or the combo of grill, peeler, and knife.

The movie shows that the life of Truman is on live telecast 24*7 without any commercial break. So the product placements inside the scene were much needed for business purposes. In the movie, Christof is found declaring that all the products used in the show are for sale. Thus in the movie, Truman is actually promoting the products without his knowledge of doing that. If you draw the comparison you too like Truman is promoting a lot of things through the social posts you give every day. You go to a restaurant and give a check-in which is basically promoting the service of the restaurant.

In the movie, the concluding scene shows that Truman is literally struggling to come to a world where the reel is ending and the real world is beginning. He ignores the call of the reel and steps out of his artificial world. In the movie, there are several scenes where it is shown clippings of the memories of Truman. For instance, when Truman is sitting on the beach and the scene shows that he is thinking about his father drowning in the sea. But the fact is it is what Christof thinks Truman is reminiscing about. Truman might be thinking about his lost love Sylvia whom he met for the last time on that same beach. There is a possibility that this might be true as in the scenes before and after the beach scene shows his desire to visit Fiji. The earlier scene shows that Truman is talking to Marlon telling that someday he would go to Fiji and the scene later shows that he is excited and telling his wife that he is ready to explore the world. Thus it can be said, sitting at the beach alone he might be thinking about Fiji where Sylvia was supposedly living. Christof’s imagination showed fear whereas from the perspective of Truman’s action he wanted to conquer his fear.

Here is where the catch lies. Truth is subject to change with the mind. At a point, Christof thinking he is the master of Truman’s life said: “I know you better than you know yourself”. Truman replies here that maybe his whole life is under the cameras and everyone is seeing all the actions, no one could ever see what is actually running in his mind. Similarly, when we see a lifestyle in the social media we are making our own conception out of it and the truth, struggle, and the real story is unknown. Maybe, for this reason, Truman could never forget his love Sylvia and that remained a driving factor in his life to know the unknown. As per Christof’s setup of characters, Truman might have agreed with the system of marriage but could not fall in love with his wife. Here it is again proved that truth is stranger than fiction.

Though today’s entertainment world vows to broadcast “reality show”, Truman in that concept is the only “real” reality show. 20 years later, every concept of the Truman Show is what the modern world vouches upon. Everyone desires to be famous while only Truman understood the pain and left it gladly with a joyful grin with the curtain call-“Good morning, and in case I don’t see ya, good afternoon, good evening and good night”.

SEE ALSO:
2017—A Year of Female Power in the Entertainment Industry

Some Memorable Moments of Oscars 2020