Presented by Amazon Prime Music, the first season of Carvaan Lounge will be available first for Prime members to enjoy, ad-free and to sing-along with lyrics on Prime Music. 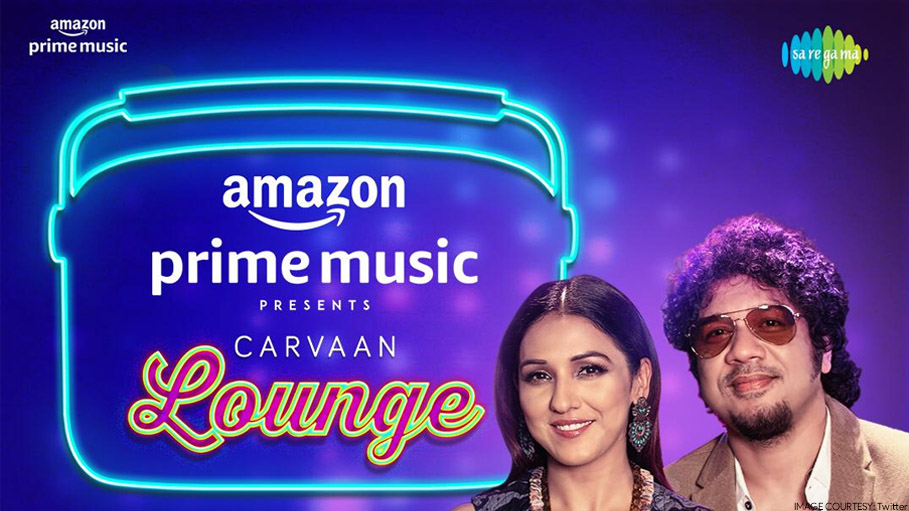 Leveraging the rich tapestry of Hindi-retro classics in their library, Saregama is all set to introduce a new music property called ‘Carvaan Lounge’, reinventing the golden age of Indian music in a new modern sound. Presented by Amazon Prime Music, the first season of the Carvaan Lounge will be available first for Prime members to enjoy, ad-free and to sing-along with lyrics on Prime Music. Carvaan Lounge in its first season will be showcasing seven evergreen Hindi classics, rearranged and rendered by contemporary musicians and singers.

Carvaan Lounge will witness the musical talent of singers like Neeti Mohan, Papon, Shaan, Nakash Aziz, Jonita Gandhi, Priyanka Negi, Benny Dayal, Ankit Tiwari, Ash king, Nikhita Gandhi, Palak Muchhal, Neha Bhasin and many more, paying tribute to some of the most iconic songs from the retro era. The music has been reimagined by the gifted Arko and Jam 8, who bring their own stamp to the classics, infusing them with a contemporary sound. What also sets these songs apart is the inclusion of ‘Shayari’  – simple Hindi poetry seamlessly interwoven that conveys the pathos behind the songs. The ‘Shayari’ has been written by noted lyricist Rashmi Virag and members of Jam 8 and is rendered on screen by Anupriya Goenka and Himanshu Malhotra – both renowned faces in the film and television space. Spread over seven episodes, the videos are shot in an intimate informal setting and will be released in periodic intervals on Saregama’s  official YouTube channel and the audio will be available first on Amazon Prime Music.

Sahas Malhotra, Director, Amazon Prime Music, said that Carvaan Lounge is a fitting tribute to evergreen classics and we could not have found better partners than Saregama for this collaboration. Retro is a widely popular genre amongst Prime Music listeners and we are happy to bring to them the iconic, classic songs recreated by today’s top contemporary singers. Through this collaboration, they will continue to delight retro music fans with performances, available ad-free and exclusively, first on Prime Music, he said.

Vikram Mehra, Managing Director, Saregama says that Carvaan Lounge is their attempt to bring back the magic of retro and make it more accessible to a younger audience. Their library is second to none, and they are keen to present the iconic songs that they have a need to an ever-evolving young digital audience, who may not be familiar with this music. They are especially thrilled that Amazon Prime Music has recognised what they want to do and has come on board as an interested partner. They are sure that this latest introduction will resonate well with their consumers, he said.

Featuring Neeti Mohan and Papon, and with music recreated by  Arko, the first episode will have the song Ek Pyar Ka Nagma Hai, and is out today – the 27th November on Amazon Prime Music and on the Saregama YouTube channel.

Nestlé Touches a Chord with Mom & Kid with NesPlus Campaign