Facebook also has admitted that their employees are encouraged to use Android smartphones instead of iPhones, but denies that it is because of Apple CEO Tim Cook’s comment. 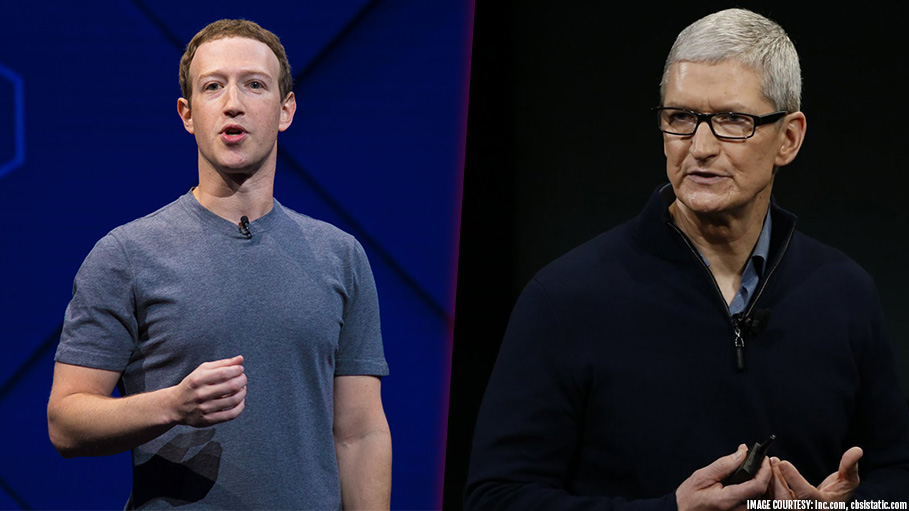 Apple CEO Tim Cook’s remark on Facebook and its handling of user privacy has enraged Facebook founder so much that, Mark Zuckerberg has ordered his employees to stop using Apple products especially iPhones, rather use only Android phones.

In an interview recently Apple CEO Tim Cook had said that Apple would never traffic its users' personal life, as violating that privacy is like violating the human right of every individual. The comments came from Tim Cook in response to the huge security breach, which Facebook users had to face earlier this year because of the Cambridge Analytica scandal.

Facebook also has admitted that their employees are encouraged to use Android smartphones instead of iPhones, but denies that it is because of Apple CEO Tim Cook’s comment.

In a blog post responding to the comment, the world's largest social network acknowledged that there had been disagreements between Mark Zuckerberg and Tim Cook in the past, though this does not mean the change in the company’s phone policy.

In the blog post, Facebook said, “Tim Cook has consistently criticised our business model and Mark has been equally clear he disagrees. So there’s been no need to employ anyone else to do this for us”. The blog post also pointed out that the operating system of Apple is not the biggest in the world, as it continues, “And we’ve long encouraged our employees and executives to use Android because it is the most popular operating system in the world”.

After the Cambridge Analytica data scandal last year, several technology giants have criticised Facebook’s way of handling the crisis, which put the personal data of around 87 million Facebook users at stake and were used for the purpose of political profiling. Apple’s Tim Cook too has spoken out publicly about the importance of privacy.

In an interview earlier this year Tim Cook said, “The truth is, we could make a ton of money if we monetized our customer data – if customer was our product. We've elected not to do that. We’re not going to traffic in your personal life. Privacy to us is a human right. It's a civil liberty”.

It is believed that these comments have infuriated Mark Zuckerberg, who accordingly ordered Facebook executives and employees to use Android phones instead of iPhones, saying that most of the Facebook users enter the platform using non-Apple smartphones.

Facebook is said to have hired a PR firm called Definers Public Affairs, in order to push negative content about its rivals, which also include Apple and Google.