Arun Jaitley, the Former Indian Finance Minister Passes away at 66

India’s former Finance Minister and a BJP stalwart has passed away. 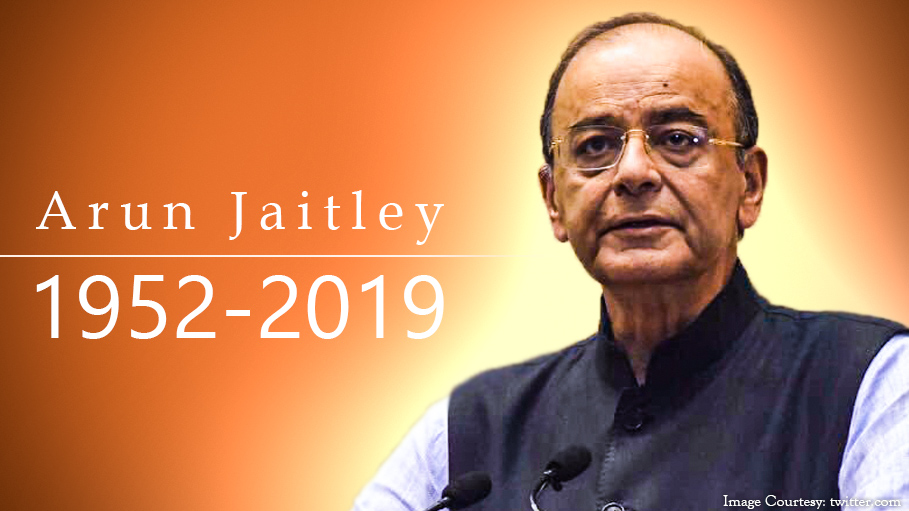 Arun Jaitley, the former Finance Minister of India is dead. He was 66 years old.

After a long health battle, this senior leader of Bharatiya Janata Party passed away on Saturday. He is survived by his Sangeeta Jaitley, one daughter Sonali and son Rohan.

Jaitley was keeping unwell for the last two years and in 2018, he underwent a kidney transplant surgery.

On August 9, Arun Jaitley was admitted to AIIMS due to sudden restlessness and palpitations. He was kept under the observation of the hospital’s Neuro-Cardiac division.

Mr Jaitley did not contest 2019 Lok Sabha elections due to chronic health issues.

Arun Jaitley was born on 28th December 1952 in New Delhi. As a student of Delhi University, he was an active participant in student politics. During the 70s Jaitley rose to be a leader of Akhil Bharatiya Vidyarthi Parishad and in 1974, he went on to became the President of the Students Union at Delhi University. A lawyer by profession, Arun Jaitley has served as the Senior Advocate of the Supreme Court of India. He has been a member of BJP since 1991.

Arun Jaitley was known for his persuasive oratory; the ‘go-to’ man for Prime Minister Narendra Modi during the government’s first term in office.

Prominent politicians of the nation have expressed their deepest condolences for one of India’s luminary leaders’ demise, on social media:

Extremely saddened at the passing away of Arun Jaitley Ji, after a battle bravely borne. An outstanding Parliamentarian & a brilliant lawyer, appreciated across parties. His contribution to Indian polity will be remembered. My condolences to his wife, children, friends & admirers