Biopic on Malala to Release on 31st January 2020 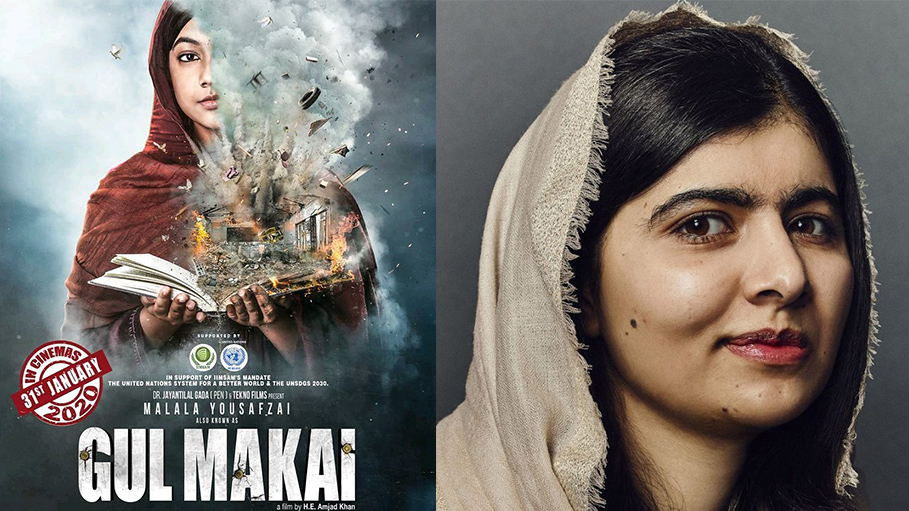 ‘Gul Makai’, the biopic based on the life of Nobel Peace Prize winner Malala Yousafzai, is going to be released on January 31, 2020. The film has been directed by Amjad Khan and Produced by Sanjay Singla.

According to the makers of the film, “‘Gul Makai’ is the biopic of Malala and which portrays the courageous journey of the Ziauddin Yousafzai family, when the Swat Valley in Pakistan was under seized of the Taliban gunmen in the year 2009 and Sharia law was imposed upon the people of Swat valley”.

Daughter of Ziauddin Yousafzai, Malala spoke against the dangerous terrorist organisation, Taliban, through her blogs and writings on the BBC Urdu website under the pseudonym of Gul Makai, against the oppression they faced in the Swat Valley of Pakistan. Malala at the age of 11 years began writing the anonymous diary for BBC Urdu about her life under Taliban rule in the rural part of Pakistan. Malala also spoke for the right of the girls, especially the right to receive education. Her courage and bravery thus gained worldwide recognition and support. She gradually becomes a vocal advocate of female education amidst militant and religious suppression in Pakistan.

At the age of 15 years, she was attacked at her school bus by a Taliban gunman who shot her in the head in October 2012. In the attack, she sustained life-threatening injuries and had to remove a part of her skull to relieve swelling on her brain. Malala’s story brought international attention. Pakistani Taliban at that time claimed the responsibility of the attack and said they shot her because she was pro-west and promoting western culture in the Pashtun areas of Pakistan.

She got her initial and emergency treatment at a military hospital in Pakistan, later she was airlifted to the United Kingdom in the city of Birmingham, where she is based now, with her family now.

After her recovery, Malala continued to speak up for the education of children and their rights across the world. She later set up the Malala Fund with her father Ziauddin, with the goal of working for a world where every girl can learn and lead a life without fear.

In the year 2014, she became the youngest person in the world and first Pakistani to win the Nobel Peace Prize. She and Indian child rights activist Kailash Satyarthi jointly received the award for their efforts for children’s rights. Malala now studies Politics, Philosophy and Economics at Oxford University.