Doyenne of British design Vivienne Westwood, who melded music and fashion together to create punk and brought rebellious politics to the catwalk, died on Thursday aged 81, her family said. 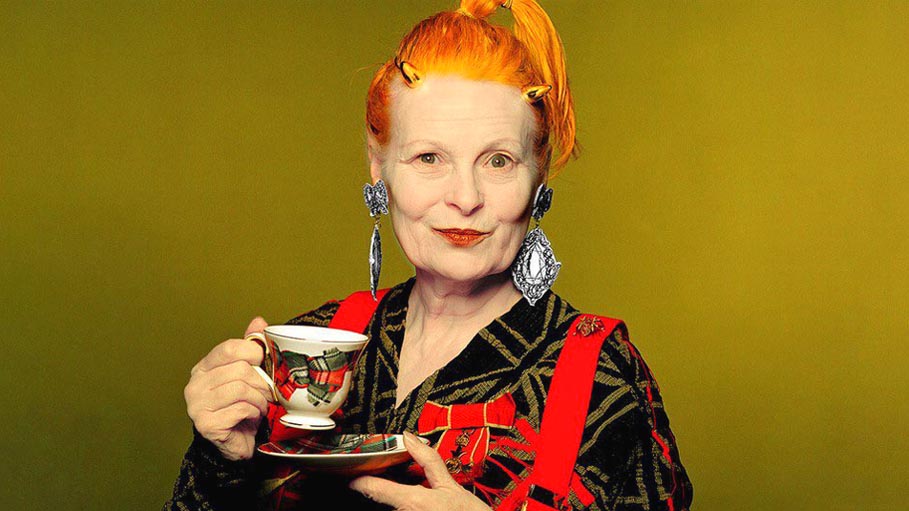 Paris: Doyenne of British design Vivienne Westwood, who melded music and fashion together to create punk and brought rebellious politics to the catwalk, died on Thursday aged 81, her family said.

Westwood made provocation itself into an art form -- from the leather bondage gear she popularised in the 1970s to the time she went without underwear to Buckingham Palace to receive her damehood from the late Queen Elizabeth II.

"Vivienne Westwood died today, peacefully and surrounded by her family, in Clapham, South London. The world needs people like Vivienne to make a change for the better," her fashion label's Twitter account said.

In a statement quoted by the PA news agency, her husband and creative partner Andreas Kronthaler said: "We have been working until the end and she has given me plenty of things to get on with. Thank you darling."

Leading tributes, London's Victoria and Albert Musuem described Westwood as a "true revolutionary and rebellious force in fashion", while Culture Secretary Michelle Donelan said she had been a "towering figure".

"Her punk style rewrote the rule book in the 1970s and (she) was widely admired for how she stayed true to her own values throughout her life," she wrote on Twitter.

In an ever colourful career, Westwood sent a bare-breasted Kate Moss down the runway munching on ice cream, and almost broke Naomi Campbell's ankle when the supermodel failed to stay upright on a pair of her nine-inch platform heels.

And she held on to her edge even as she was embraced by the establishment, thanks largely to her energetic activism for environmental causes.

It was all a long way from the village of Tintwistle in northern England where Vivienne Isabel Swire was born on April 8, 1941 to a mother who worked in a cotton mill and a father who mended shoes.

She made her own tailored suits as a teenager and studied jewellery in London, but quickly dropped out, later saying: "I didn't know how a working-class girl like me could possibly make a living in the art world."

She became a teacher, married factory worker Derek Westwood and had a son by the time she was 22.

Her life took a major swerve when she left her husband for Malcolm McClaren, manager of the Sex Pistols, a few years later.

Together, they opened a clothing store on London's King's Road that became the epicentre of the punk movement.

The shop morphed over time, but at its peak, under the name "SEX", the ripped T-shirts, latex and leather bondage gear became the provocative uniform of a generation set on tearing down the last cultural taboos.

"We saw it as a question of youth against age. Who needs leaders who are a total rip-off, who create war and torture?" she told L'Officiel magazine in 2018.

Westwood later claimed she had no interest in becoming a fashion designer -- that she had only done it to support McClaren's ambitions -- but she knew where her talents lay.

Her first proper fashion show came in 1981. Remembered as the Pirate Collection, it was an instant hit, modelled as much on Native Americans as nautical miscreants.

"No designer had ever done this before, they'd been inspired by historical clothes, but I actually copied them," she told L'Officiel.

She continued to plumb British and French history to great acclaim, creating the Mini-Crini (combining Victorian crinoline with the modern mini-skirt) in 1985.

Her "Witches" collection, a collaboration with graffiti artist Keith Haring, was beloved of Madonna at the height of her stardom.

In 1992, she married Kronthaler, an Austrian former student of hers, 25 years her junior.

He became her creative director and increasingly took over the design work in later years.

By the 2000s, she was a full-fledged celebrity -- designing wedding dresses not just for the elite, but for iconic TV characters including Carrie Bradshaw in "Sex and the City" and even Miss Piggy.

Critics have pointed out that Westwood hardly stuck to the pledges in the "Climate Revolution Charter" she issued during her 2013-14 fall-winter collection.

Advocacy group Remake gave her brand a failing score of 21 out of 100 on its sustainability index.

Few, however, could deny that she brought a unique form of engagement and humanity into the world of fashion.