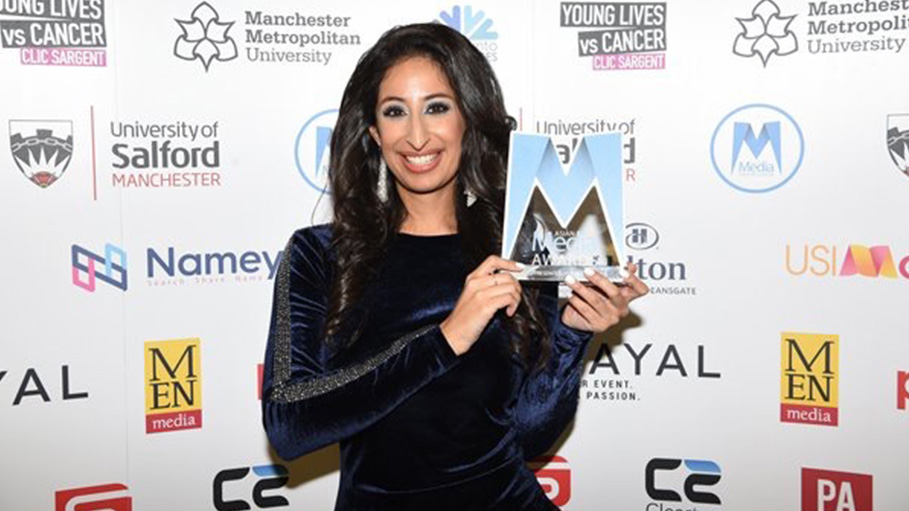 British Asian radio presenter-turned-actor Anushka Arora won the Best Radio Presenter of the year 2018. She is known for her presentations in FAN (2016), ADHM (2016), her anchoring abilities in multiple Bollywood tours - the most recent one being Shreya Ghoshal, Rahat Fateh Ali Khan and Mikka Singh's show, London, 2018. She actually has many accolades under her belt being an award-winning British-Indo journalist and RJ.

The Asian Media Awards recognize those, who excel in the Asian and Mainstream media. The Award recognizes the strength and depth of the media industry. Instituted in 2013, the award aims at highlighting the groundbreaking work of reporters and producers in highlighting issues affecting race relations and human rights.

She said that she is highly obliged that how the industry has awarded her with such a great honor and a prestigious award. She added that she will make sure not to leave any stone unturned in making India proud overseas with such achievements & accomplishments.

The AMA’s took place at the Hilton Manchester Deansgate, supported by the world’s foremost media organizations at MediaCom HQ in central London. The event attracted some of the leading industry professionals in the industry.

The judging panel included representatives from some of the world’s most respected media and news organizations which aims to pick out the trailblazing journalists, publications, radio shows and TV channels across the United Kingdom. Best Radio Presenter Award acknowledges a radio presenter who has helped to sustain high standards over a period of time both in creativity and innovation.

Interestingly, after years of training in hospital radio, local community radio stations and a degree in Journalism from the University of Arts, London, Anushka’s talent got recognized when she was amongst the top five “Best Presenter of the Year” at the Hospital Radio Awards, 2008.