Can You Use Controversy to Boost Traffic – A Brief Discussion

Learn how you can use controversy to boost traffic and expand brand value. 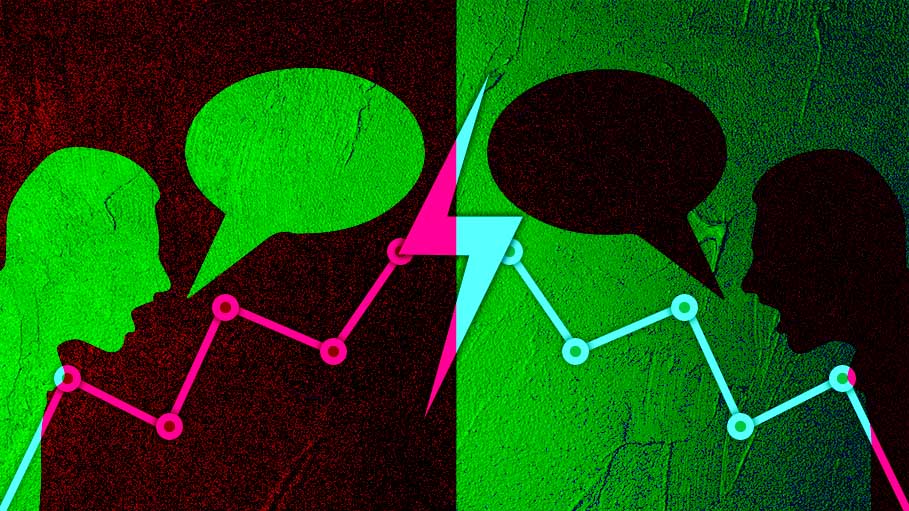 The digital world is a flexible one. Here almost anything can work when done right. Does controversy fall into the list? Can you leverage from a debate that you have deliberately cooked up? Can you boost your website’s traffic using a controversial marketing strategy?

The digital market is divided into two groups. One group is against this kind of campaigning and another claim that when planned carefully controversy can work like wonder.

Truth to be told, everyone loves a little controversy. Nothing attracts human interest more than an issue that opposes a traditional belief. However, if you are trying to use this kind of strategy for your brand expansion, you need to be really careful. You must know the formula well. You must know how much is way too much.

Controversy Marketing at a Glance

In this new age of digital marketing, the question is not whether controversy marketing is good for your brand promotion. The question is – how far can you stretch it. The success of this type of promotional plan lies in knowing beyond which limit the brand value might get affected.

Once you have done your homework and derived enough data to form a solid strategy to create controversy for brand promotion, you are safe. However, to use controversy successfully for your brand you need to pay attention to some important aspects.

Once you have understood these two aspects carefully, you need to have a look at the most important aspect of the controversial marketing strategy. You need to understand how the controversy is going to boost conversion.

There are brands that have gotten away with this type of strategy. There is no reason you cannot do the same as well. However, you must be willing to watch each move of your social campaign carefully when you are forming a strategy to create controversy.

Now, before delving deeper into the subject matter, let’s have a discussion about why controversy usually works. Once you know the way, you can easily find out the how.

Controversial marketing strategies work because - these hold the power to create an emotional uproar. People usually react to controversy. Once such a topic emerges out, people click to read more. The human desire to know more about a controversial event makes this type of strategies work.

So, now let’s have a look at the ways you can use controversy for your brand promotion.

Choosing the Subject of Controversy

Shocking campaigns are created to evoke interaction. Such campaigns also create long communications and unique content topics. The debatable campaign has the power to create an opposing opinion based on data. This type of campaign offers views that oppose some traditional opinion.

When you are getting used to the controversial marketing strategy, you should opt for the debatable campaign. When you create a debatable topic – you allow people to choose which side they will be standing for.

The idea is to create safe controversy with the debatable campaign. Usually, such controversy does not hurt anyone’s opinion. This is why – you can safely handle this campaign.

Connect the Controversy and the Brand

Creating controversy is easy. But, connecting the controversial issue with a brand can be difficult. This is why – you need to create a wise plan to connect the brand with the debatable controversy.

The objective should be to increase conversion rate. This is why – you need to plan it out before launching the campaign.

The modern-day controversial campaign which is attracting a lot of attention is the behind the scene bloopers. This type of campaign has two essential elements.

These two elements can attract the attention of the viewers’ successfully. People love to know what is happening behind the scene. You can get them to visit your website or YouTube channel by releasing behind the scene bloopers. However, make sure not to overdo it.

You must have a plan for the probable crisis. This is because controversial campaign sometimes goes out of hand. Sometimes this type of campaign gains lashing out from the web visitors.

You must have a plan to deal with such reactions from the people. This way, your brand or your image will not get affected by the reaction. In fact, you need to have your plan ready before you create your controversial campaign strategy.

To manage your brand properly, you need to create an effective reaction management strategy. So, how can you create the crisis management plan?

Find a presentable face to deal with the crisis. This person should be one of your employees. Management taking charge of the situation works effectively. The tone of the PR must be warm and humble. This will calm the reaction of the people easily.

Lastly, you need to think of the benefits which a controversial campaign can bring to your brand. The objective should be to earn attention and not to offend anyone. Also, you should not have the approach of wanting to be right. Use this campaign to engage people.