If you are one of those who find it amusing to hear a foreigner speak the Hindi lingo in their foreign accent, then this video clip will amuse you. 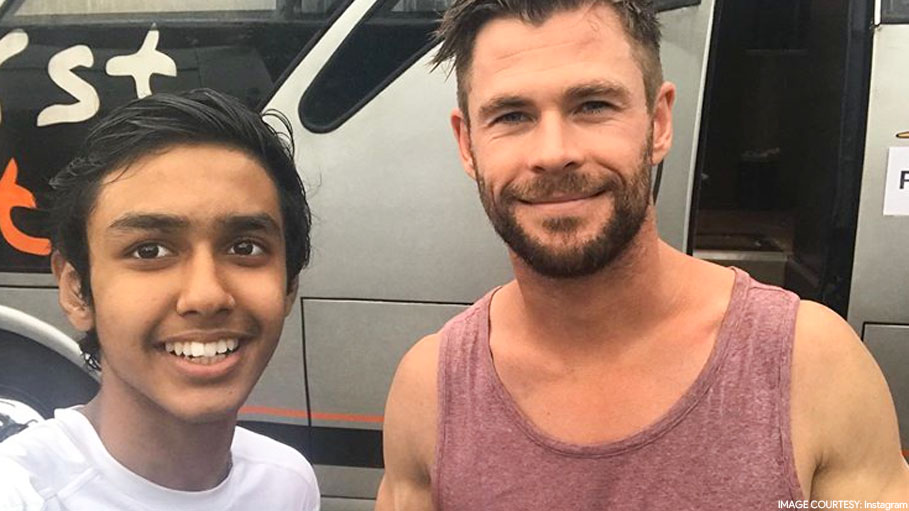 American President Donald Trump recently captivated us with his interesting speech during his maiden visit to India. His pronunciation of Indian names like Sachin Tendulkar as Sue Chin Ten doll Kerrr and Virat Kohli as Vee Rot Coo Leeee inspired many memes and WhatsApp videos.

If you are one of those who find it amusing to hear a foreigner speak the Hindi lingo in their foreign accent, then this video clip will amuse you.

An interesting video of Rudrakh Jaiswal and ‘The Avengers’ star Chris Hemsworth is doing the rounds on social media. It was shot way back in December but for reasons unknown, it began trending again.

The dialogue goes, “Bade bade desho mein choti choti baatein hoti rehti hain.” Chris was a sport and decided to recite it and we must say that he was pretty good at it.

Chris himself was so impressed by the way he recited the dialogue that at the end of the video he complimented himself saying, “Fluent...Fluent...It is better than my Spanish.” Rudraksh too gave his co-star a thumbs up!

For those unaware, Rudraksh Jaiswal is a charming young film artist who has managed to bag a role with Hollywood stars like Chris Hemsworth in the Netflix thriller- ‘Extraction.’

He plays the kidnapped son of an international crime lord in the film. Chris Hemsworth plays the role of Tyler Rake who is a black market mercenary. His job is to rescue the kidnapped son however the mission is deadly altering the lives of the young boy and Tyler.

During the six-month-long shoot in Ahmedabad and Bangkok, Chris and Rudraksh developed a close bond. Rudraksh’s Insta pictures indicate that the duo had great fun goofing around on the sets. There are videos of them swimming or working out in the gym together.

The movie is scheduled to be released on April 24, 2020. The flick also stars Manoj Bajpayee, Derek Luke and David Harbour. The upcoming action thriller is directed by Sam Hargave of ‘Avengers: Endgame’ fame.