When NASA first informed Koch about their plan of extension, she was thrilled and said, “It feels awesome. I have known that this was a possibility for a long time and it’s truly a dream come true”. 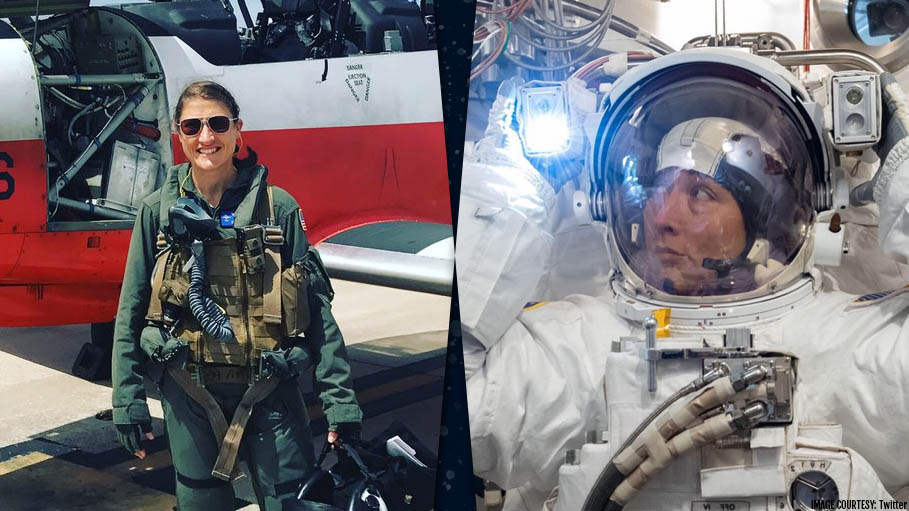 NASA astronaut Christina Koch, who is presently on a mission at the International Space Station (ISS) is going to stay on the space for an extended period of time by nearly 11 months and this would naturally set a record thereby making her the first woman in the world to have the longest spaceflight, the US space agency confirmed recently.

40 years Koch who has arrived on the International Space Station on March 14 with two other crewmembers a Russian and an American for a six-month mission is going to stay further till February 2020 whereas it has been decided that the two other astronauts will return to the Earth by October 3rd.

Koch would thus break the record of another female astronaut also from the US, Peggy Whitson, who has spent 288 days in the ISS in the year 2016-17.

When NASA first informed Koch about their plan of extension, she was thrilled and said, “It feels awesome. I have known that this was a possibility for a long time and it’s truly a dream come true”.

The Chief scientist of NASA’s Human Research Program, Jennifer Fogarty has said that the reason behind Koch’s extended mission is done in order to gather additional data about the effects of long-duration spaceflight on the human body and that it would, “support future missions to the Moon and Mars”.

In between June and September this year many astronauts are going to return to Earth and would be replaced by others, including an Italian astronaut, Luca Parmitano and for the first time an astronaut from the United Arab Emirates, Hazzaa Ali Almansoori, who is going to spend only a week in space.

At present all the astronauts use Russia’s Soyuz spacecraft to fly to and from the International Space Station. Meanwhile US manufacturers SpaceX and Boeing are developing their own spacecraft, which are scheduled to be ready by the end of the year. The ISS is a rare area, where Moscow and Washington cooperate each other keeping aside their political differences and work together since 1998.