Ambassador Kozlowski discussed with the students the evolution of the EU, its common foreign and security policy, and the growing EU India cooperation. 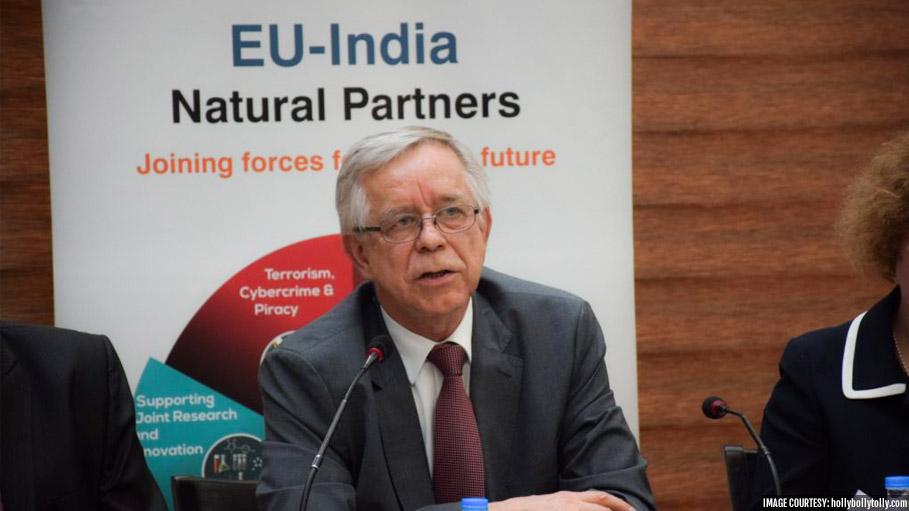 Tomasz Kozlowski, the Ambassador of the European Union to India, during his maiden visit to Kolkata, interacted with the students during the "EU days" organized by Jadavpur University and IIM-Calcutta.

Ambassador Kozlowski discussed with the students the evolution of the EU, its common foreign and security policy, and the growing EU India cooperation. Following the 14th India-EU Summit held in New Delhi on 6 October 2017 where Prime Minister, Mr. Narendra Modi, and Presidents of the European Council, Mr. Donald Tusk and the European Commission, Mr. Jean-Claude Juncker had endorsed a far-reaching joint statement, the relationship has been further enhanced in the fields of foreign and security policy, trade and investment, sustainable modernization and climate change action, research and innovation as well as people-to-people contacts. The EU’s new strategy on India, endorsed in December 2018, proposes to continue on this positive trajectory through joint actions to address global challenges, as well as concrete collaborations that benefit the EU and India alike.

The Ambassador called for greater people-to-people connect and exchange in higher education between the European Union and India during his visit. He took this opportunity to invite students, researchers and faculty members to tap various scholarships and funding opportunities, that are available under EU-funded programmes for higher education and research including Erasmus+, Marie Sklodowska Curie Actions, Jean Monnet programme and collaborative projects under the Horizon 2020 programme.

Education is a key element of the EU-India Strategic Partnership, which was also reiterated as an important focus area for cooperation in the recently announced EU’s strategy on India EU’s Strategy on India. Ambassador Kozlowski said that India is the largest beneficiary of the Erasmus+ programme with over 5800 students having received the scholarship.

Significantly, in the last 3 years, nearly 1,300 students have received full scholarships, 120 Indian universities have been involved in active exchange programmes, and around 100 in joint master programmes or capacity-building projects. They would like the Indian students, researchers and universities to further explore, benefit and collaborate with them using these opportunities," he said. He further added that besides strengthening cultural and people-to-people exchange, these programme run by the EU have also led to greater collaboration in diverse areas including science, technology, engineering, mathematics, digital competence, law and international relations and data analysis.