The emotionally gripping video that shows a sobbing father bidding farewell to his young daughter has gone viral. 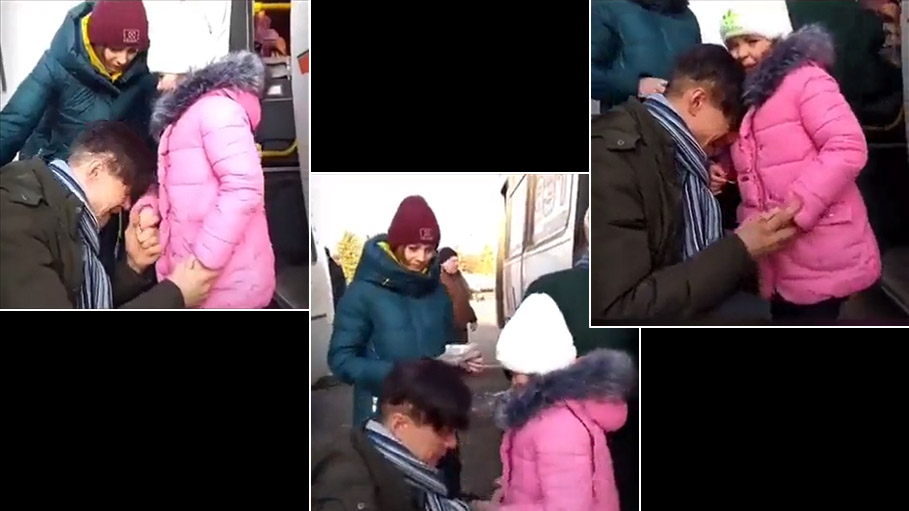 The emotionally gripping video that shows a sobbing father bidding farewell to his young daughter has gone viral.

The father stayed back to fight while his wife and daughter had to leave the country in a vehicle to a safer zone.

Both the father and the child were crying inconsolably and you can witness the father reluctant to let go of his daughter.

The moving video will definitely leave you teary-eyed that speaks of the sad plight of thousands of families who are torn apart due to power games between nations.

⚠️#BREAKING | A father who sent his family to a safe zone bid farewell to his little girl and stayed behind to fight ...

This trending video has been liked by thousands. It is a strong symbol of what war does to innocent families, children, and communities as a whole.

Ukraine has banned men between the ages of 18 to 60 to leave the country. Eligible men would have to stay back and fight for Ukraine.

Legendary boxers Wladimir Klitschko and Vitali have also resolved to fight for the country.

Heart-breaking pictures of women kissing their partners goodbye with babies in their arms boarding a bus in Kyiv have also been doing the rounds on social media. Thousands of brave Russians took to the streets of St. Petersburg to protest against the war thereby sending a strong message of peace. Ukrainian President Volodymyr Zelenskyy said that 137 civilians and military personnel have lost their lives in the rising invasion.

As opposed to Russia’s claim that it is attacking only military targets, civilian sites have also been struck.

In latest reports Russia is ready to talk if Ukraine army lays down arms.”