Here’s How Michael Jackson’s Kids Are Doing, 10 Years after Their Dad Passed Away

The recent controversial film ‘Leaving Neverland’ based on Michael’s interactions with two young men Wade Robson and James Safechuck has resulted in a complicated legacy for the icon and the one person who was most affected by it was Michael’s daughter- Paris Jackson. 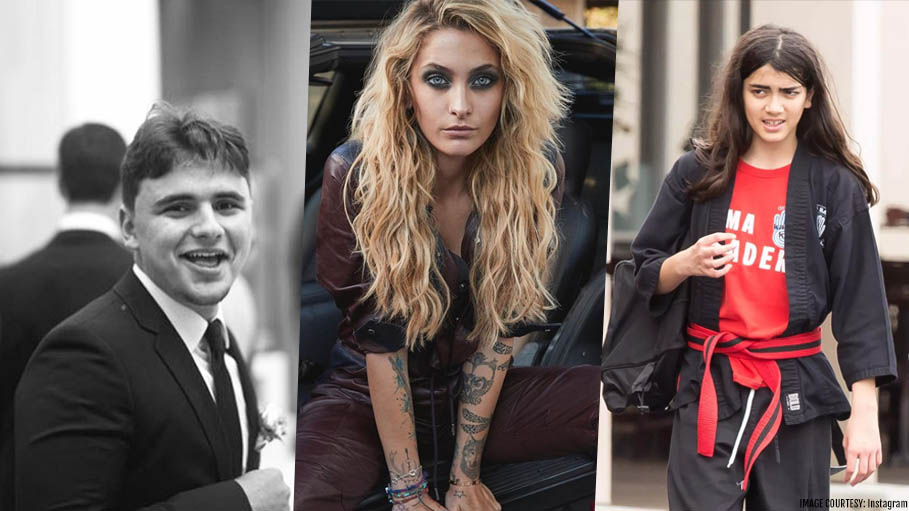 It’s been exactly ten years since the passing away of Michael Jackson from a cardiac arrest. A source recently told PEOPLE that ten years after his passing away, Michael’s children are thankfully in a good place.

The recent controversial film ‘Leaving Neverland’ based on Michael’s interactions with two young men Wade Robson and James Safechuck has resulted in a complicated legacy for the icon and the one person who was most affected by it was Michael’s daughter- Paris Jackson.

The model and actress was hospitalized around the same period when the documentary was released. There were rumours that Paris attempted suicide which she completely denied. Now, however, things have changed for all the three kids: Paris, Prince and Bigi Jackson. They are in a much better place and this is absolutely good news for ‘Jackson family’ fans.

“Of all the kids, she is the one who really gets worked up and upset about any kind of negativity involving Michael,” the family friend says. “It’s very difficult for her to deal with. She knows her upbringing with Michael was different, but she thinks he was the best dad. She is very defensive about him.”

Paris is a model and actress albeit now she is primarily focusing on creating music with her boyfriend Gabriel Glenn who is a member of the band ‘Soundflowers.’

As for her brother Prince, 22, he recently graduated from Loyola Marymount University in the month of May. Prince is very close to Bigi who was popularly known as Blanket earlier. The young lad doesn’t seem to be too fond of the name and has decided to drop it. He’s decided to go with Bigi instead. Not bad for the 17-year-old lad who has learnt to make his own decisions!

What’s interesting is that both the brothers share common interests like science and sci-fi. The pair has decided to launch their own Youtube Channel that will focus on movie reviews. For the start, they have reviewed ‘Avengers: Endgame.’ Prince aims to be a director or a producer and is known to be easy going and well-spoken according to the source. He makes “everyone around him feel immediately at ease.”

This is honestly a good start for Michael’s kids who had a turbulent childhood and lost a loving father too early in life. By no means, it was easy to deal with all the controversies involving their father. Not to forget Michael’s parenting style was different from the norm, yet the kids have gathered the broken pieces and moved ahead with their heads held high.

SEE ALSO:
This Is How Will Smith Met Michael Jackson for the First and the Last Time