Here’s Why HBO’S Documentary ‘Robin Williams: Come Inside My Mind’ Is a Must Watch

The documentary is told largely by Robin Williams himself, where he speaks about his fears, insecurities, issues with drugs and alcohol. 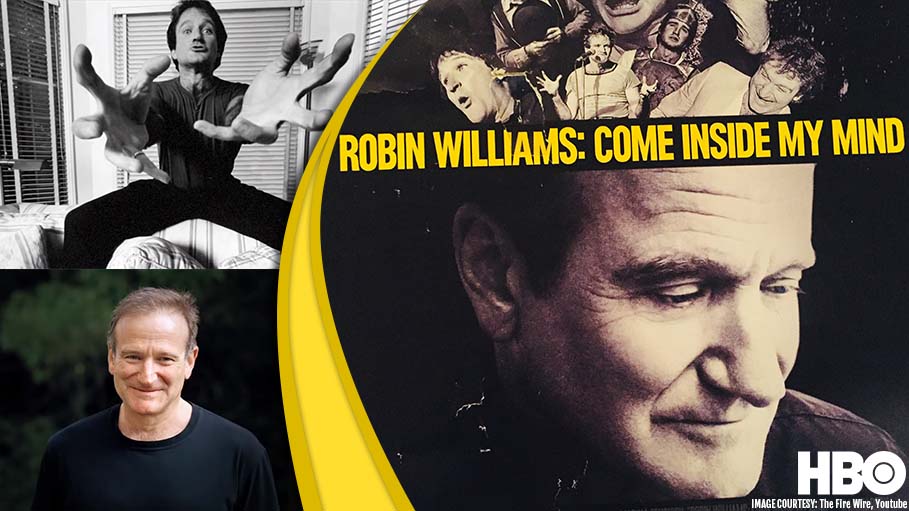 HBO’s documentary 'Robin Williams: Come Inside My Mind' has released and it promises to show us private and rare footage of the talented actor and comedian’s life and work. Here’s more.

The documentary 'Robin Williams: Come Inside My Mind' is directed by Marina Zenovich who also made films on Richard Pryor and Roman Polanski. The documentary will take us through Robin Williams’professional journey and his interesting private life. The documentary promises to reveal a lot about the gifted actor and what drove him to perform each of his characters with utmost skill and perfectionism. The documentary will reveal footage that the world has probably never seen before. Friends, family, and colleagues who were closely associated with the actor would speak about him, his mind, his work and what they knew about his dynamic personality.

The documentary is told largely by Robin Williams himself, where he speaks about his fears, insecurities, issues with drugs and alcohol. He also speaks about the fear of abandonment and its connection with how you deal with life. The documentary features scenes from his stand up appearances as well as photos to go along with it. "Stand-up is survival," he explains. "For me, that's jazz – that's what I have to do."  His colleagues who worked with him spoke highly of his work saying

“He stood out in a way that no one else did.”

Some of his peers remarked that he was always looking for connection and he had the need to communicate and be funny.

Actor Steve Martin said “He was really comfortable onstage. Offstage, I just felt he was holding himself together.”

These were the lines that struck me the most because these lines reveal that the actor was struggling with something that the world probably never knew about. Billy Crystal spoke about all the funny phone messages that Williams would leave for him which demonstrates that the actor loved to play pranks. Robin Williams’ son Zak emotionally spoke about his father’s insecurities. He remarked, "My father didn't always feel like he was succeeding, but he was the most successful person I know." The documentary that has featured in Sundance includes in-depth interviews with Eric Idle, Whoopi Goldberg, David Letterman, Pam Dawber and other people who knew the actor closely.

The synopsis of the documentary describes it as “A funny, intimate and heartbreaking portrait of one of the world’s most beloved and inventive comedians.” The documentary will air on July 16 on HBO. The trailer of the awaited documentary aptly concludes in his own words "You're only given a little spark of madness and if you lose that, you're nothing."

Watch the trailer of Robin Williams: Come Inside My Mind below: