A mass hamster cull in Hong Kong sparked fears among animal welfare groups on Wednesday that panicky people would abandon their pets after 11 of the rodents from one pet shop in the city tested positive for COVID-19. 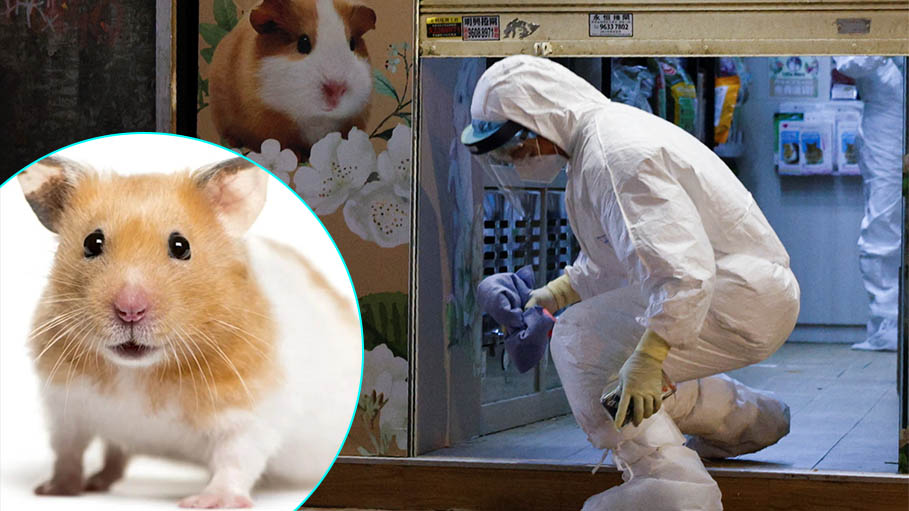 Hong Kong: A mass hamster cull in Hong Kong sparked fears among animal welfare groups on Wednesday that panicky people would abandon their pets after 11 of the rodents from one pet shop in the city tested positive for COVID-19.

The local Society for the Prevention of Cruelty to Animals (SPCA), which runs veterinary clinics, told Reuters it received "numerous" enquiries from worried pet owners, asking what to do about the latest scare.

"We urge the pet owners not to panic or abandon their pets," SPCA said in a statement.

Scientists around the world and Hong Kong health and veterinary authorities have said there was no evidence that animals play a major role in human contagion with the coronavirus.

But having pursued a policy of zero tolerance for COVID-19, Hong Kong government officials took no chances after a series of recent infections with the Delta variant were traced back to a worker at a pet shop.

Hundreds of samples were collected from animals, including rabbits and chinchillas, but only the hamsters tested positive for COVID-19, resulting in officials giving orders for some 2,000 hamsters from 34 pet shops to be put down "humanely."

SPCA listed ways to maintain strict personal hygiene for the safety of humans and animals.

"Never kiss your pets. Do not cough or snort at your pets. If you have symptoms of COVID-19, you should keep your distance from animals," it said, stressing that owners handling animals should always wash their hands afterwards.

A hamster concern group, Life on Palm, said on Facebook it had also received around 100 inquiries regarding hamsters following the cull.

Justifying the government's actions, Health Secretary Sophia Chan said on Tuesday she could not rule out any transmission possibilities.

Soon after, health workers in hazmat suits were seen walking out of pet shops around the city carrying red plastic bags into their vans.

Dozens of pet shops were asked to close, while imports and sales of small mammals were suspended. Buyers of hamsters after Dec. 22, 2021 were asked to hand them to authorities for culling and not leave them on streets.

It was unclear how many had been handed in.

A hotline for enquiries was set up, while some 150 of the pet shop's customers were sent into quarantine, officials said.

Most Hong Kong newspapers featured pictures of people in hazmat suits in front of pet shops and illustrations of hamsters on their front page on Wednesday, with pro-Beijing Ta Kung Pao daily showcasing a tiny rodent inside a spiked virus particle.

India Among Top Attractive Investment Destinations for Japanese Manufacturing Cos