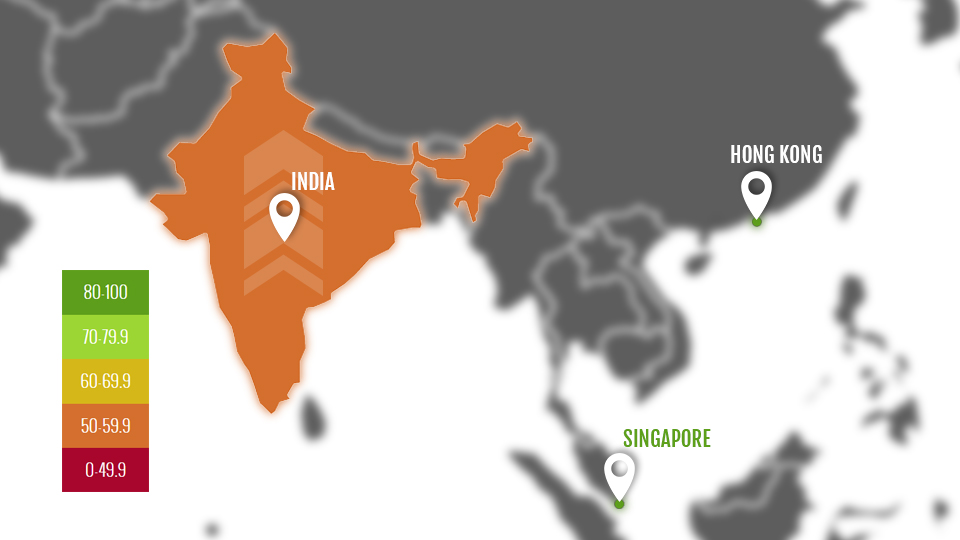 India ranks 96 out of 162 countries and territories included in the Economic Freedom of the World: 2018 Annual Report, released on Tuesday by Centre for Civil Society (CCS) in conjunction with Canada’s Fraser Institute. Last year, India ranked 98.

Hong Kong and Singapore have again come on top of the index, continuing their streak as 1st and 2nd respectively. New Zealand, Switzerland, Ireland, the United States, Georgia, Mauritius, the United Kingdom, Australia and Canada (tied for 10th) round out the top 10.

It’s based on data from 2016 (the most recent year of available comparable data) and measures the economic freedom (levels of personal choice, ability to enter markets, security of privately owned property, rule of law, etc.) by analyzing the policies and institutions of 162 countries and territories.

The 10 lowest-ranked countries are Sudan, Guinea-Bissau, Angola, Central African Republic, Republic of Congo, Syria, Algeria, Argentina, Libya, and last-place Venezuela. Some countries such as North Korea and Cuba could not be ranked, thanks to the absence of data.

For instance, countries in the top quartile (25 percent) of economic freedom (such as the U.K., Japan and Ireland) had an average per-capita income of $40,376 in 2016 compared to $5,649 for the bottom quartile countries (such as Venezuela, Iran and Zimbabwe).

And life expectancy is 79.5 years in the top quartile of countries compared to 64.4 years in the bottom quartile.

Fred McMahon, Dr. Michael A. Walker Research Chair in Economic Freedom with the Fraser Institute, said that where people are free to pursue their own opportunities and make their own choices, they normally lead more prosperous, happier and healthier lives.