Imran Khan's Party to Protest Against "Sinking Economy" from Today

Fawad Chaudhry announced that the protests will be led by PTI members of the National Assembly in the constituencies and added that the movement will continue in every city, according to a report. 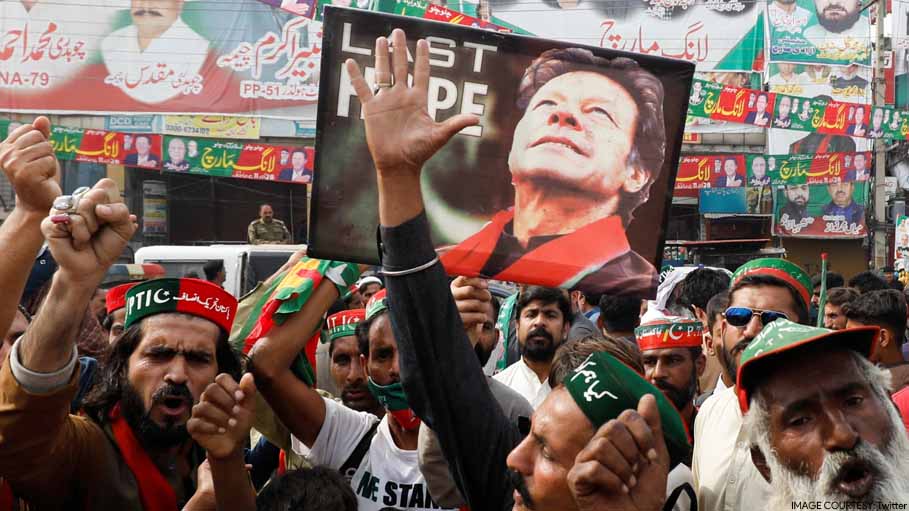 Islamabad: Pakistan Tehreek-e-Insaf (PTI) leader Fawad Chaudhry on Thursday said that the party had decided to hold a protest against inflation and the "sinking economy" across Pakistan from Friday, Dawn reported. Chaudhry stated that PTI Chairman Imran Khan will join supporters after three weeks.

"From tomorrow, demonstrations will be staged against inflation and the sinking economy [...] and this movement will continue until the incumbent government is sent packing," Dawn quoted Fawad Chaudhry as saying on Thursday.

Fawad Chaudhry announced that the protests will be led by PTI members of the National Assembly in the constituencies and added that the movement will continue in every city, according to Dawn. He stated that Imran Khan will make an announcement regarding the next plan of action after three weeks. He said that Imran Khan has made the decision in a meeting with senior party members.

"PTI MNAs will lead these protests in their constituencies," Dawn quoted Fawad Chaudhry as saying, adding that the movement will continue in every city.

"After three weeks, Imran Khan will announce the next plan of action," Chaudhry added.

Furthermore, Fawad Chaudhry also announced that a "huge protest" will be held for the release of detained party Senator Azam Swati, who has been in custody in controversial tweets against senior military officials.

Chaudhry called elections the "only way out" and stressed that the idea of bringing in a technocrat government "will not be tolerated" in Pakistan, as per the Dawn report. Chaudhry said that "some quarters" in Pakistan were against snap elections and blamed the establishment for the experiment.

"If you look at the Constitution, elections are the only way out. The public will not accept a technocrat government. They will only accept general elections," Dawn quoted Fawad Chaudhry as saying.

Earlier on Wednesday, PTI leader Fawad Chaudhry linked the resurgence of terrorism in Pakistan to the ruling government's Afghan policy and called it the "reversal of the PTI government's policy on Afghanistan," according to Dawn. He claimed that former Pakistan Prime Minister Imran Khan was the "only respected Pakistani leader" in Afghanistan as his "hands were not tainted with the blood" of Afghans.

Fawad Chaudhry stressed that the issues should be resolved through dialogue and bombs and missiles are not a solution, as per the news report. He said that the Pakistan government stopped spending money on the development of tribal districts after the merger of the former federally administered tribal area's merger with Khyber Pakhtunkhwa.