Nagaenthran Dharmalingam an intellectually challenged man of Indian origin from Malaysia has been executed in Singapore today in a drug trafficking case. 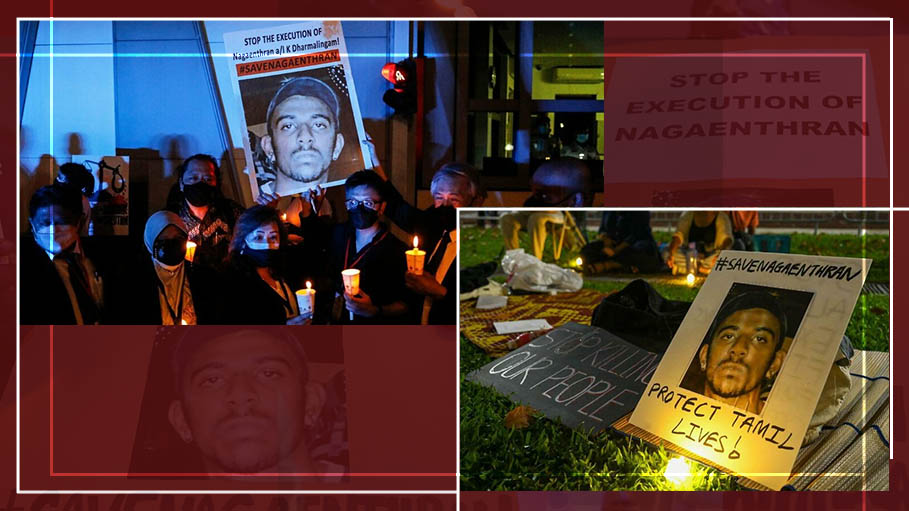 Nagaenthran Dharmalingam an intellectually challenged man of Indian origin from Malaysia has been executed in Singapore today in a drug trafficking case.

His remains will be taken back to Ipoh, a city in northern Peninsular Malaysia.

He was first convicted in 2010 for importing 42.72 grams of heroin. He was caught at Woodlands Checkpoint while entering Singapore.

The authorities found the drugs strapped to his thigh.

During the trial Nagaenthran said that he was coerced into carrying the drugs however later he admitted that he committed the act as he needed the money.

Singapore’s drug laws are among the toughest in the world and a death penalty is awarded to those who are caught carrying more than 15g of heroin.

Nagaenthran’s case was highly controversial as Doctor’s found his intelligence quotient to be 69 that indicates intellectual disability.

His lawyers argued that execution of an intellectually challenged person is prohibited under international human rights.

Nagaenthran’s mother tried her best to save her son’s life. She appeared at the Singapore court and made a last-minute appeal which was rejected.

"This a last-minute application, brought just two days before the scheduled execution, and is the seventh application (not including appeals) brought by Nagaenthran after his appeal against conviction was dismissed by the Court of Appeal in 2011 more than 10 years ago," Singapore's Attorney General's Chambers said today.

Many supporters signed the petition to stop the execution arguing that execution of an intellectually challenged person is prohibited under international law.

The court however found that he was not intellectually disabled. The government said that  he "did not lose his sense of judgement of the rightness or wrongness of what he was doing.”

An Indian Origin Family Decides to Stay Back in Ukraine