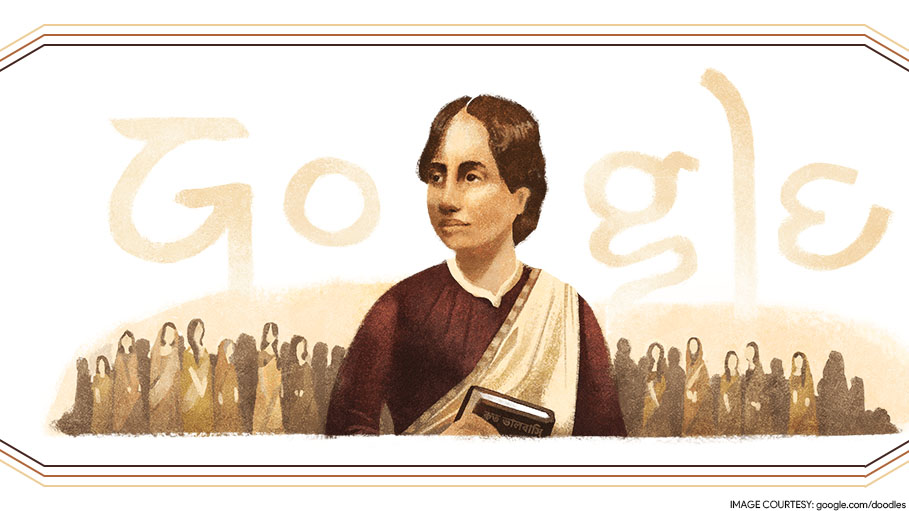 She was one of the first girls to attend school in  British India, and later she went on to become the first Indian woman graduate with Sanskrit Honours in British India. She’s Kamini Roy, and today Google Doodle celebrates her 155th birth anniversary.

The Doodle is an illustration in dark brown and off white dual-tone, featuring Ms. Roy ahead of a crowd. With a book in her hand, Kamini Roy’s sketch reflects confidence yet a modest approach.

Born on October 12, 1864, Kamini Roy joined the prestigious Bethune School in present Kolkata, in 1883. She became a University of Calcutta Honours graduate in the year 1886 and started teaching in Bethune College in the same year. She married Kedarnath Roy in 1894.

Her works resonated with the notions of feminism as she wrote in her ‘The Fruit of the Tree of Knowledge’ eassy, “The male desire to rule is the primary, if not the only, stumbling block to women's enlightenment ... They are extremely suspicious of women’s emancipation. Why? The same old fear – 'Lest they become like us'.”

She is not only considered one of the prominent poets of the British Indian Province, but she also emerged as a leader, a fighter for women’s rights and suffrage.

Kamini Roy was greatly influenced by poet Rabindranath Tagore. ‘Alo O Chhaya’ is one of her most notable works.