Karen Uhlenbeck is a professor at the University of Texas, in Austin. She is also a visiting associate at the Institute for Advanced Study and is a visiting research scholar at Princeton University, US. 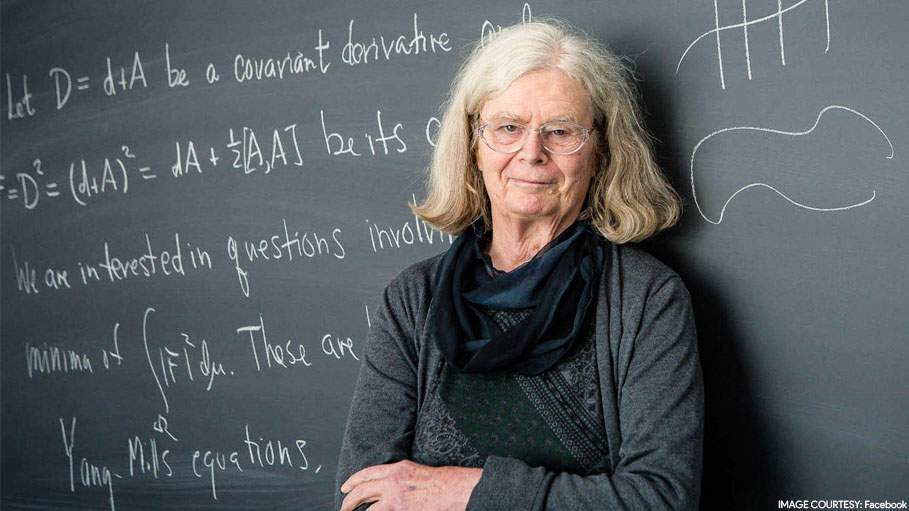 76-year-old Karen Uhlenbeck became the first women ever to receive the prestigious Abel Prize, an award specific to the field of mathematics. Abel Prize is modeled after the Nobel prizes and therefore is often referred to as the Nobel Prize of mathematics.

Along with the Prize, Uhlenbeck was also awarded $700,000 for her work in the fields of gauge theory and geometric analysis, which has dramatically changed the mathematical landscape, according to the Abel Committee.

With her Abel Prize, Uhlenbeck becomes the second woman among other mathematicians to have been awarded with a major award in the field of mathematics. Maryam Mirzakhani, an Iranian national had won the Fields Medal awarded by the International Mathematical Union in the year 2014, becoming the first woman to hold a prestigious international mathematics prize.

Karen Uhlenbeck is a professor at the University of Texas, in Austin. She is also a visiting associate at the Institute for Advanced Study and is a visiting research scholar at Princeton University, US. The Abel Prize holder has done her graduation at the Courant Institute of Mathematical Sciences at New York University.

Jim Al-Khalili an elected member of the Royal Society Fellow and physicist said, “The recognition of Uhlenbeck’s achievements should have been far greater, for her work has led to some of the most important advances in mathematics in the last 40 years”.

Karen Uhlenbeck has often criticised the culture of mathematicians that never encouraged the involvement of women researchers. In 1993, she co-founded a Program for Women and Mathematics in order to empower women and encourage them to contribute towards the research in the field of mathematics at all stages of their academic careers.

She is also a co-founder of Princeton based the Institute for Advanced Study (IAS). In 1986, she became the first female mathematician to be elected as a member of the National Academy of Sciences in the United States. Later in 1990, Uhlenbeck stepped up as the second female to become a plenary speaker at the International Congress of Mathematicians.

In one of her interviews, she also acknowledged the gender disparity in her field of research as she faced several the barriers to continue with her passion.

After the graduate school, she said, “It was evident that you would not get ahead in mathematics if you hang around with women. We were told that we couldn’t do math because we were women. Even when I had my Ph.D. for five years. I was still struggling with whether I should become a mathematician. I never saw myself very clearly”.

She is not alone. In many countries of the world, though women outnumber men in academics, they lay behind men in completing science, technology, engineering and mathematics degrees.

Lessons thus should help students critically reflect on the gender norms to break stereotypes and address gender segregation. Education should help break the myth that women can’t do anything. If more famous female scientists were taught in schools like Lise Meitner, the female physicist who helped discover nuclear fission in the 1930s, Rosalind Franklin, who helped us understand the inner-workings of DNA and viruses and Dorothy Hodgkin, who helped us understand what are molecules. There is plenty of pioneering female inventors who could make the syllabus, such as Sophie Wilson or Mary Lou Jepson.