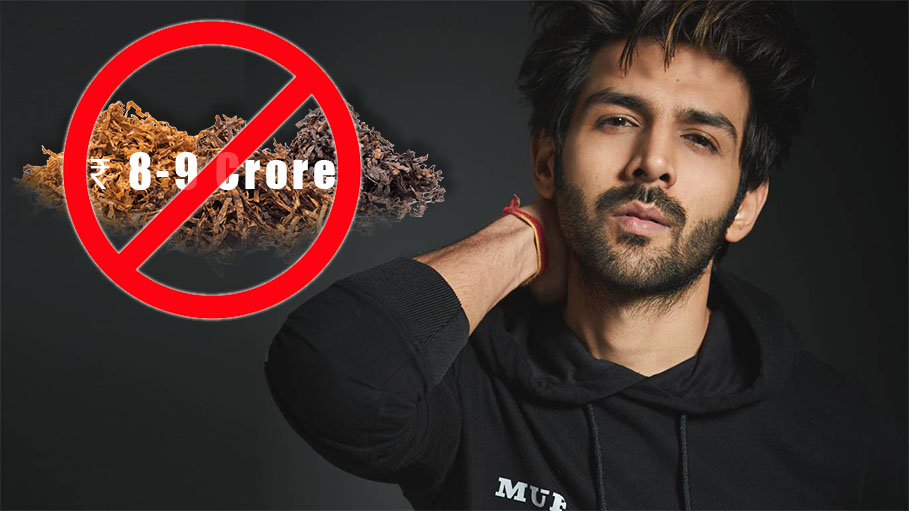 The website checked the news with a prominent ad guru  and he confirmed the news.

The ad guru said, “That's right. That boy Kartik Aaryan has said no to around ₹ 8-9 crore offer to endorse paan masala. Kartik seems to have principles, a rare commodity in today's actors who suffer from the gift of the grab. Saying no to such big money is not easy. But Kartik is conscious of his responsibility as a youth icon.”

Many other news portals have confirmed this news.

Loyal fans took to social media and praised the star for this commendable act. It also goes to prove that the actor is conscious of his responsibility as a popular public celebrity.

Recently Akshay Kumar received flak when he did a Tobacco advert.

After being criticised for doing so Akshay wrote a post on social media apologising to his fans. He also promised to use the endorsement fee entirely for charity.

“I would like to apologise to you, all my fans and well-wishers. Your reaction over the past few days has deeply affected me,” an excerpt from the post read.

He "decided to contribute the entire endorsement fee towards a worthy cause."

The actor’s upcoming projects are Shehzada and Satyaprem Ki Katha alongside Kiara Advani.