Nearly 60% of Population Had Covid by February: US Health Body

Roughly 75 percent of people under 18 had been infected, according to a paper based on a nationally representative study of antibody levels. 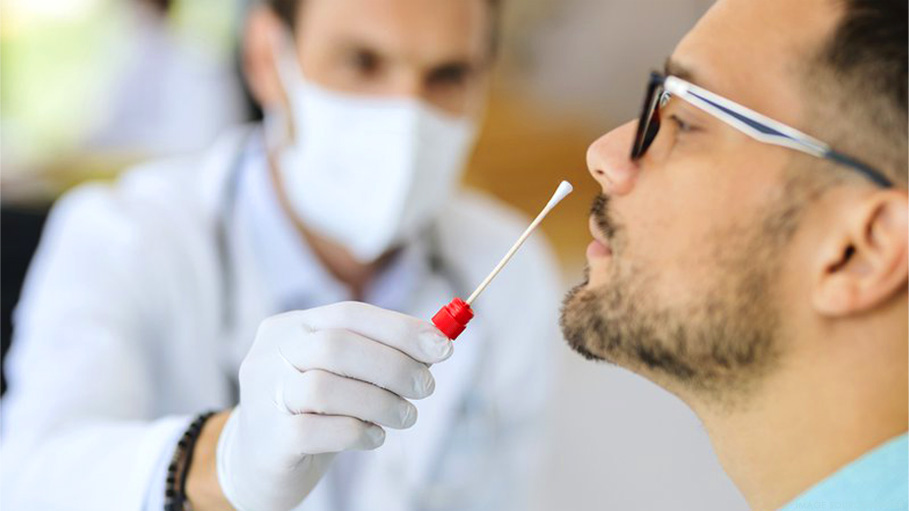 Washington: By February of this year, 58 percent of the US population -- more than 190 million people -- had been infected with Covid, according to an antibody survey by the Centers for Disease Control and Prevention (CDC) published Tuesday.

The figure is far higher than the 80 million officially recorded cases, with the majority of infections undiagnosed, asymptomatic or unreported.

Roughly 75 percent of people under 18 had been infected, according to a paper based on a nationally representative study of antibody levels.

There was a huge surge during the winter Omicron wave, particularly among children.

Each month from September 2021 to January 2022, the study examined some 75,000 blood specimens taken from across the country, as well as 45,000 samples in February.

The study examined only antibodies created in response to prior infection, not vaccination.

National estimates were then produced using statistical methods to weight by age, sex and metropolitan status.

"Having infection-induced antibodies does not necessarily mean you are protected against future infections," said Kristie Clarke, co-lead for the national Covid-19 serology task force, on a call with reporters.

"Previous infection has been shown to provide some protection against severe disease and hospitalization -- and vaccination, either before or after infection, provides additional protection," she added.

Since the duration of infection-conferred immunity is unknown, it remains vital to stay up to date with Covid vaccination, she stressed.

Children five and under are the only group not yet eligible for vaccination.

"The best way to protect them is to make sure that they are surrounded by people who are taking preventive measures, like staying up to date with our vaccines," said Clarke.

Oral therapeutics such as Pfizer's Paxlovid tablet are seen as an important new weapon in the struggle to knock out a virus that at its peak a year ago killed more than 3,000 people per day in the United States alone.

White House Chief of Staff Ron Klain called Paxlovid a "miracle pill" and tweeted that "almost all Covid deaths can be prevented if people who test positive take" it.

With 20 million pill packs ordered for government purchase, they are now "in ample supply" and distribution will be ramped up from the current 20,000 locations to close to 40,000, according to a White House official.

Nationwide, cases are ticking up with infections caused by the BA.2 and BA.2.12.1 Omicron subvariants -- including a rash of cases sweeping through the Washington elite.

Vice President Kamala Harris tested positive Tuesday, but is asymptomatic and not considered a current close contact of Biden, the White House said.

Upstate New York and the Northeast region are also experiencing an increase in hospitalizations, and the CDC recommends indoor masking in those areas, though mandates have long ceased to be in effect there.

Even with rising hospitalizations, there has been a sharp reduction in fatalities, mainly as a result of rising population immunity, but also because the newer variants are intrinsically less severe than those that preceded them.

Daily deaths stand at a little over 300 per day. The country is expected to reach the grim milestone of one million deaths in the coming weeks.

Researchers Say Global Calorie Intake to Increase by More Than 60%