A message has been conveyed to the Indian agencies that their investigations have led them to the location in the UK where Nirav Modi is living. 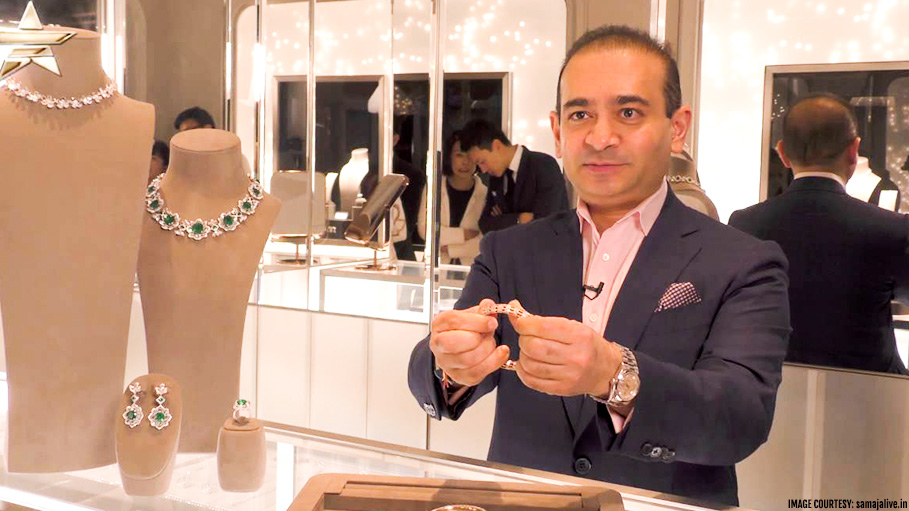 British authorities have informed India, that the wanted bank fraud fugitive Nirav Modi is in the United Kingdom. Minister of State for External Affairs VK Singh informed Rajya Sabha that National Central Bureau of Manchester has conveyed this message to the Indian agencies that their investigations have led them to the location in the UK where Nirav Modi is living.

Minister of State for External Affairs VK Singh, has said, “In August 2018, the government sent two requests, one from the CBI and the other from the Enforcement Directorate, to the authorities of the UK seeking the extradition of Nirav Modi to India”.

He also informed that the requests are presently under the consideration before the concerned authorities in the UK. In June this year, the Ministry of External Affairs (MEA) had written to the European countries seeking their support in tracing Nirav Modi. Nirav Modi is wanted in connection with Punjab National Bank fraud case in India.

Earlier this month, opposition Congress party has referred to a report of the Income Tax department to allege that Prime Minister Narendra Modi and Union Finance Minister Arun Jaitley have information about Nirav Modi’s plan to flee India.

Congress spokesperson Randeep Singh Surjewala had said during a Press Conference, “Information that Nirav Modi is about to flee the country after fraud of Rs 23,000 crore was there with Modi government through IT Department report eight months before Nirav Modi ran away. If Modi ji and Jaitley ji knew about Nirav Modi and Mehul Choksi, then how did they run away?”

Even, Congress President Rahul Gandhi had targeted Finance Minister Arun Jaitley over the issue. The Congress chief tweeted, “8 months before they were allowed to flee, the IT dept. wrote a 10,000 pg report on Chota Modi & Choksi’s massive fraud. Govt had evidence to arrest them. But didn’t because FM Jaitley’s daughter was hired as Choksi’s lawyer. FM Jaitley must resign immediately.”

Nirav Modi has been absconding since the alleged Punjab National Bank fraud, involving over 13,000 crore rupees which is the highest fraud in the country in terms of value, came to light at the start of this year. Enforcement Directorate in a separate case filed a charge sheet against Nirav Modi, alleging him of laundering and diverting over Rs 6,400 crore of bank funds abroad to dummy companies that were under his control.

Recently an Interpol arrests warrant was notified against him, while India is working to get him extradited from the United Kingdom.