The 29-year-old e-rickshaw driver was killed near Nithari when the incident took place around 9 am on Friday, the officials said. 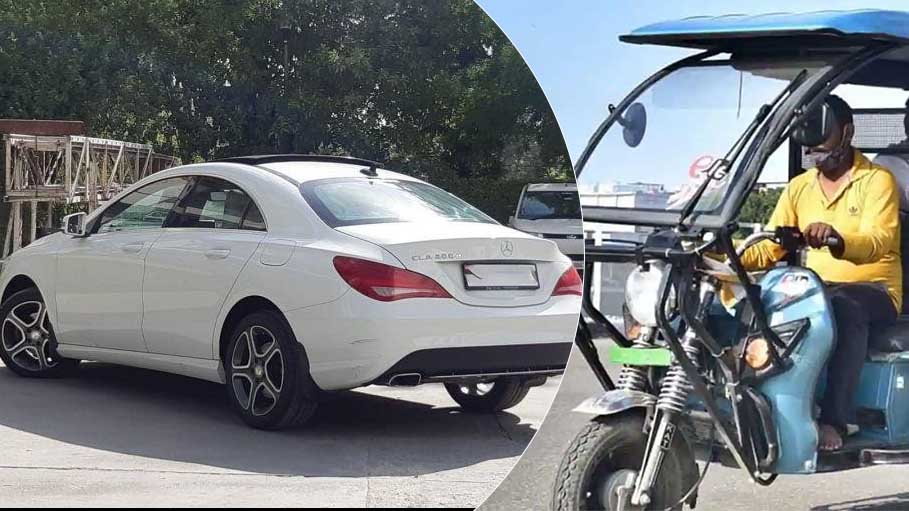 Noida: An e-rickshaw driver died after his vehicle collided head on with a Mercedes car being driven by an IT professional, police officials said.

The 29-year-old e-rickshaw driver was killed near Nithari when the incident took place around 9 am on Friday, the officials said.

The 38-year-old IT professional, who was on his way to work at the time of the crash, has been arrested, they said.

"The incident took place in the Sector 20 police station area. A police team reached the spot and the e-rickshaw driver, who had suffered injuries in the collision, was rushed to a hospital but did not survive," a police spokesperson said.

"The driver of the Mercedes Benz C Class has been identified as Anand Ranjan. He is a resident of Sector 25 and arrested after an FIR was lodged against him on a complaint by the victim's family," the spokesperson said.

The FIR has been lodged under Indian Penal Code Sections 279 (rash driving), 304A (causing death by negligence) and 427 (mischief), police said.

IT Company Booked after Man Dies of Poisonous Gas inside Washroom