The world’s oldest man Bob Weighton has died at the age of 112 in Britain. The extraordinary man as described by his family was born way back on 29 March 1908. 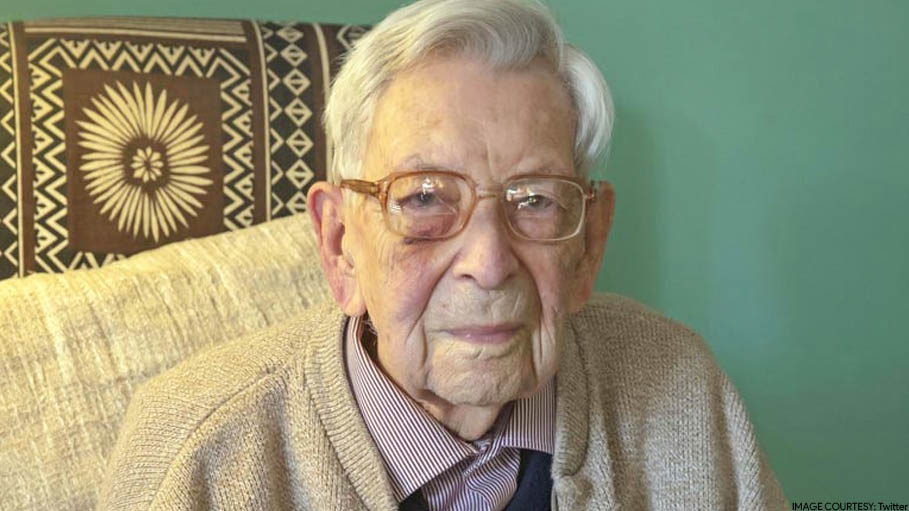 The world’s oldest man Bob Weighton has died at the age of 112 in Britain. The extraordinary man as described by his family was born way back on 29 March 1908.

He died peacefully in his sleep from Cancer on Thursday morning in his flat where he lived.

He became the oldest man in February following the death of Chitetsu Watanabe of Japan, who was also 112.

His family said in a statement that he loved to mingle with people across the world and his motto in life was to love, care and accept one another.

One of the secrets to his longevity could be the gift of humour and seeing the lighter side of life.

The senior wise man who worked as an engineer had once told BBC, “I think laughter is extremely important.”

“Most of the trouble in the world is caused by people taking themselves too seriously.” Another secret to his longevity was “to avoid dying” and taking life as it comes. Bob who worked in Japan, Taiwan, and Canada, was witty and knowledgeable. An amazing conversationalist, he liked to talk about politics, theology, and ecology.

He was greatly concerned about the environment too. Describing the current coronavirus outbreak he said, “The world is in a bit of a mess.” Unfortunately, this year his birthday celebrations were confined to the walls of his home due to the lockdown.

He was bestowed with ‘Oldest Man in the World’ title after Guinness World Records’ senior gerontology consultant; Robert Young checked his birth records. Bob Weighton who was very kind will be greatly missed by his children David and Dorothy, 10 children, and 25 great-grandchildren.

Oldest Man of the United States, Died at the Age of 112 Years