Oldest Man of the United States, Died at the Age of 112 Years

Overton’s longevity and his status as the oldest living American and Second World War veteran have made him a celebrity of sorts over the past few years. 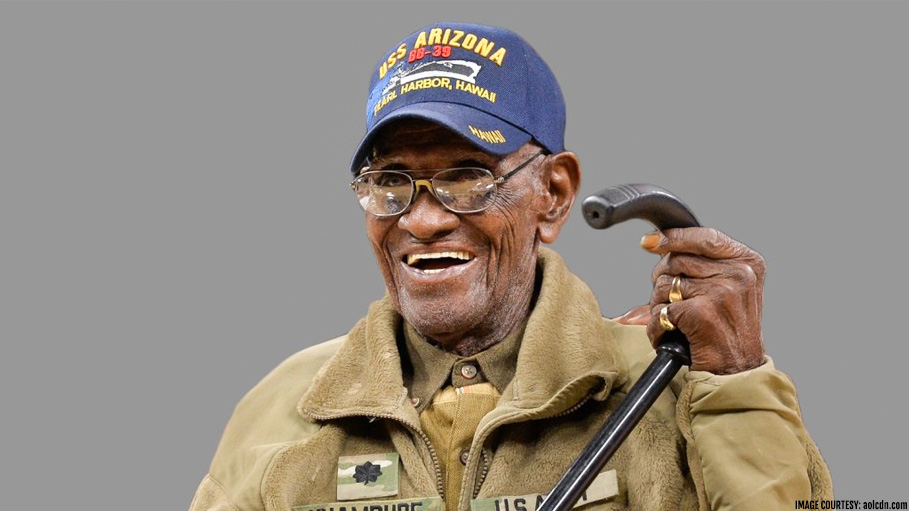 Oldest man of the United States, Richard Overton, who is also a World War II survivor, has died at the age of 112 years. Overton, who lived in Austin, Texas, died on Thursday at rehabilitation home, his cousin Volma Overton Jr. informed. Earlier this month he has been hospitalized with pneumonia.

In a statement Texas Governor, Greg Abbott, called Overton “an American icon and a Texas legend. With his quick wit and kind spirit he touched the lives of so many, and I am deeply honored to have known him. Richard Overton made us proud to be Texans and proud to be Americans. We can never repay Richard Overton for his service to our nation and for his lasting impact on the Lone Star State”, Abbott said.

Overton’s longevity and his status as the oldest living American and Second World War veteran have made him a celebrity of sorts over the past few years. In the year 2013, he visited Washington and met the then US President Barack Obama at the White House. The street where he lived in Austin was named as “Richard Overton Avenue” on his 111th birthday.

Overton volunteered for the Army starting in 1942 and served with the 188th Aviation Engineer Battalion, which was then an all-black unit that served on various islands in the Pacific. “He was there at Pearl Harbor when the battleships were still smoldering. He was there at Okinawa. He was there at Iwo Jima, where he said, ‘I only got out of there by the grace of God’”, former President Barack Obama said while honoring Overton at a Veterans Day ceremony at Arlington National Cemetery in the year 2013.

In 2013 during an interview to CNN, he credited God for his long life and said he didn’t take any medicine and enjoyed his vices. “I drink whiskey in my coffee. Sometimes I drink it straight, I smoke my cigars, blow the smoke out; I don't swallow it”, he said when he was 107 years old.

Richard Overton was born on 11th May 1906 in Texas. He served the US Army from 1942 to 1945, thus becoming a part of the Second World War. After returning home, Overton worked in furniture shops and also for sometime he worked in the state treasury. Overton spent later part of his years sitting on his porch smoking cigars and sipping coffee or Coca-Cola with whiskey. He was married twice but had no children. Now the oldest living man in the world is 113-year-old Masazou Nonaka of Japan.