Priyanka Chopra has confirmed that she’ll attend Prince Harry and good friend- Meghan Markle’s wedding next month, however, she will not be one of the bridesmaids. More details below. 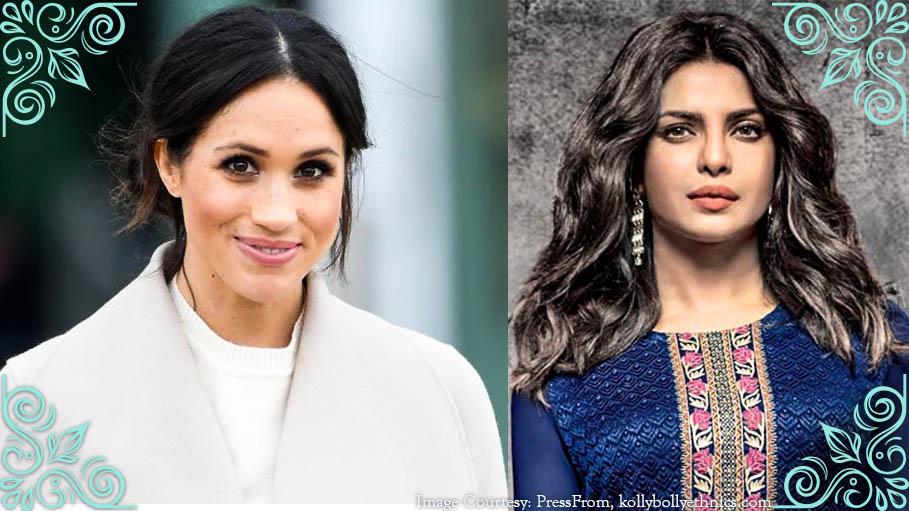 Priyanka Chopra has confirmed that she’ll attend Prince Harry and good friend- Meghan Markle’s wedding next month, however, she will not be one of the bridesmaids. More details below.

Quantico star Priyanka Chopra recently told US Weekly, that she’ll be attending the biggest wedding of the year and will definitely be a part of her friend, Meghan Markle’s big day. The 35-year-old Bollywood star is however not sure what she would wear for the ‘D day.’ “I sort of may have an idea. But no, I haven’t picked one out yet.” She told US Weekly.

Priyanka is all praise for Meghan

Priyanka stated that she knows Meghan for the past three years. She said that Meghan Markle is a relatable young woman of today, a woman who thinks out of the box. “She has always been an activist. She has always had a strong voice. She's an ambitious girl of today. I think the world needs strong role models like Meghan. I think, I hope, Meghan will end up being one of those people," she said. Priyanka is happy the way the world has responded to Meghan.

She further stated “She's just a really real girl. She's a girl's girl. She's a really relatable young woman who is concerned about the world just like you and I are. That's what I love the most about her. I feel like her authenticity is what's going to make her really stand out in this new life she's going to take on."

This year Meghan Markle was featured in Time’s magazine's most influential people. Priyanka Chopra’s tribute was also featured along with her mention. "Meghan, standing shoulder to shoulder with Harry, will be a princess for the people," Priyanka wrote. Priyanka Chopra has come to Meghan Markle’s defense in the media several times especially when Wendy Williams referred Markle as Prince Harry’girlfriend.

Though the guest list remains the biggest source of mystery, it has been confirmed that the royal couple has invited 3000 members of the British Public. Besides Priyanka Chopra, stylist Jessica Mulroney, Tennis star Serena Williams and fashion icon Millie Macintosh are some of Meghan’s pals who would be present. The wedding is scheduled to be held on May 19 at St. George’s chapel.