Radio Mirchi Starts Its Operation in the United States

The first outstation Indian radio channel will focus on the South Asian diaspora, who forms a significant portion of the ‘immigrant’ population in these cities. 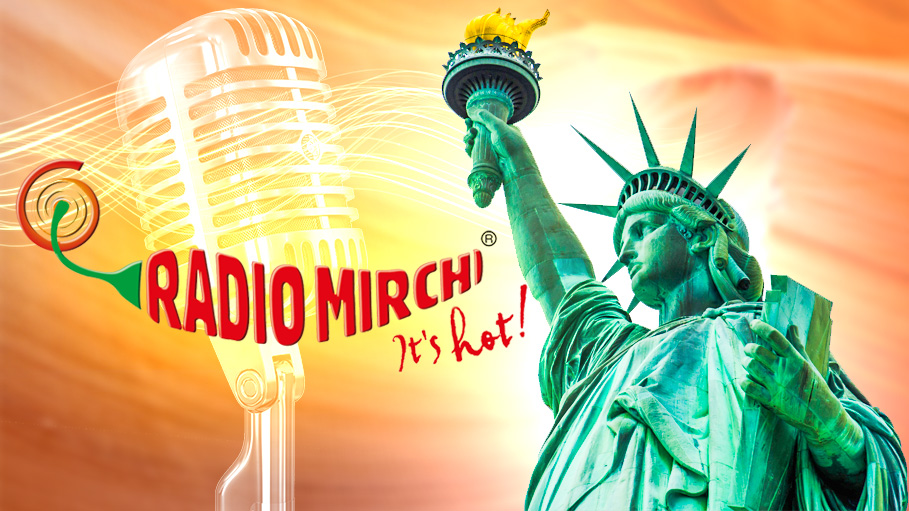 FM Radio Channel, Radio Mirchi, has started its operations in the US from this week, with its first station going on-air in the three states in New York, New Jersey and Connecticut with a frequency of 1600 AM.

The first outstation Indian radio channel will focus on the South Asian diaspora, who forms a significant portion of the ‘immigrant’ population in these cities. The content of the channel also promises to be the combination of the best in Bollywood music, comedy and infotainment.

The radio network will also feature some popular shows of the popular Indian Radio jockeys, which includes RJ Sayema, RJ Rochie and RJ Shruti to give the listeners in the United States a taste of their homeland. The audience will also be able to tune in to the wildly popular shows like, Mirchi Murga by RJ Naved and dance mixes on Club Mirchi on these stations.

Radio Mirchi’s MD and CEO, Prashant Pandey said, “We are over the moon to finally launch our stations in the US. The South Asian community is one of the most educated and affluent communities there and it is truly tragic that there are very few radio stations with quality programming that cater to this audience. We aim to be able to change that with our product offering and hope that the audience loves what we have come up with as much as we loved putting it together for them”.

The details of the US operations of Radio Mirchi is as such, the channel can also be heard in Raleigh-Durham, North Carolina on 99.9 FM HD-4, 101.9 FM and 1490 AM. In Baltimore, Maryland on 92.3 FM HD-2 and in Philadelphia, Pennsylvania on 103.9 FM HD-2, which is arranged through a licensing arrangement with the authorities in the United States.

In the next couple of weeks, Radio Mirchi will also go live in Cleveland, Columbus in Ohio, Atlanta in Georgia, Richmond in Virginia and St. Louis in Missouri through HD channels. In the United States, the Mirchi stations will also be available online on www.radiomirchiusa.com.

Radio Mirchi is a network of a private FM Radio channel in India. The channel is run by Entertainment Network India Limited, which is a subsidiary of The Times Group. Apart from India, Mirchi also has its station in UAE. Most of the channels run 24x7. As per IRS data released on 2017, Radio Mirchi has emerged as the number one FM broadcaster in Mumbai and Delhi as well as in the top 8 metros of India.