She would roam around the homes and hunt for prey… she is ‘Stree’! Know the true story behind the Bollywood horror film. 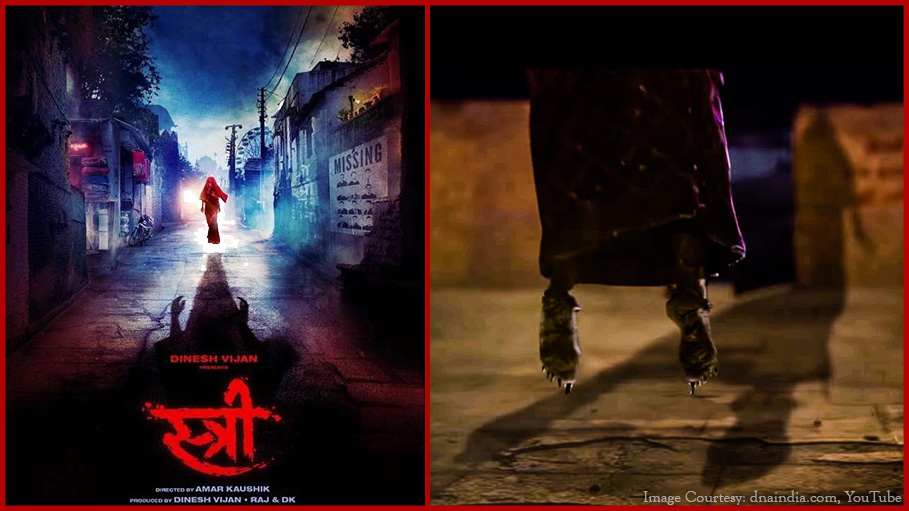 Attention… think twice before slumping down, getting unmindful or drowsy, ‘Stree’ might be hunting around. Based on a true phenomenon in Bangalore, India, the next Bollywood horror movie has already launched its teaser. The ‘Nale ba’ urban legend has been reportedly recreated in the film, starring two big names from the industry, Rajkumar Rao, and Shraddha Kapoor.

‘Stree’ that stands for ‘woman’ or the ‘wife’ has been chosen as the title of the next Hindi horror flick that claims to be “Based on a ridiculously true phenomenon”. The event dates back to 1990s when a panic spread through the streets of Bangalore. As the episode went by, a witch used to knock on the house doors during night time, she would call out someone’s name replicating a voice of a loved one or a familiar person. And if the person opens the door, falls prey in the hands of the witch.

People believed, writing ‘Nale ba’ or ‘come tomorrow’ on the walls will keep the evil female entity away.

Watch the full teaser below

The first look of the teaser, generates a sense of eeriness, as well as nudges the curious mind. As the camera takes the viewers through the secluded narrow lanes, we read the same text written on every wall of the homes. It reads, “O stree kal aana” meaning “O woman, come tomorrow”. It is the actually the supernatural force that is visiting every nook and corner hunting for a victim, and finally stops at a wall where we read the film release date “O stree 31st August ko aana”. Now, as the camera zooms out a bit we see a woman’s feet(ghostly of course) hovering in the air, as her shadow falls on the wall.

After ‘Pari’, that casted Anushka Sharma in the lead, the Bollywood horror film culture is definitely on the verge of a reformation. After the stereotype horror films from the Bhatt camps, which were more of ‘Horrex’ (horror+sex) than an intense, stem-winding storyline. Similar predictable plots, poor acting, indistinguishable ghostly avatars and unnecessary lovemaking scenes in nearly most of them were detaching a large portion of the Indian cinema lovers from the spook genre films, gradually.

Watch the full teaser below

However, things seemed to recover with film ‘Pari’ that is set in a realistic backdrop, revolved around an engaging tale and delivered much better acting.

Rajkumar Rao, who is considered one the most talented young actors of the time will be making a come back to this fear genre after ‘Ragini MMS’, in which he played a small character. On the other hand, charming actress Shraddha Kapoor will be appearing in a horror-centric film, for the very first time.

The film is directed by Amar Kaushik, and will be featuring other veteran actors like Pankaj Tripathi and Vijay Raaz. Hopefully, ‘Stree’ will contribute to change the notion of horror films in Bollywood, for good!

‘The White Tiger’ to Be a Netflix Film, Starring Rajkumar Rao and Priyanka Chopra