The 47-year-old business executive from South Africa is successful in her fourth attempt to conquer the 8,848-metre mountain after three previous failed attempts, which were thwarted by tragedy, bad weather and injury. 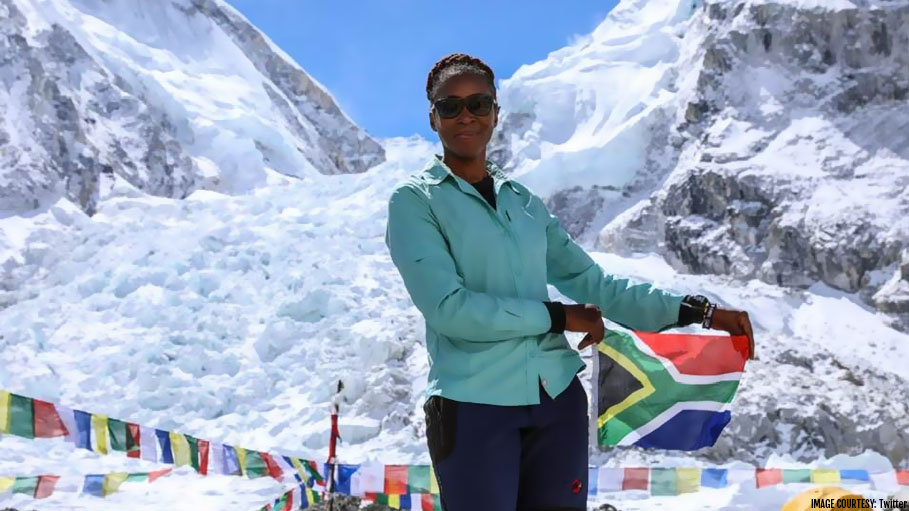 The 47-year-old business executive from South Africa is successful in her fourth attempt to conquer the 8,848-metre mountain after three previous failed attempts, which were thwarted by tragedy, bad weather and injury.

In the year 2017, strong winds and frostbite forced Khumalo to give up her Everest mission, few metres away from the summit. In the year 2015, her expedition was cancelled because of the earthquake in Nepal. In her first attempt in the year 2014, all Everest climbs were halted because of an avalanche that killed 16 guides on the mountain.

All these obstacles didn’t deter Khumalo, she is back after each unsuccessful attempt and this spirit of her finally took her to the top of the world in her 4rth attempt, thus achieving a new feat as the first black woman to conquer the highest mountain on earth.

Mountains always fascinated Khumalo and therefore, she is on a special mission to conquer the highest peaks on every continent. So far she has already climbed Mount Kilimanjaro in Africa, Aconcagua in Argentina and Mount Elbrus in Russia.

Khumalo also uses her expeditions to raise funds to support educational activities of children and to build libraries.

As she wrote on her website, “My dream is to go higher and go further for as long as I breathe. To pave a way for my children and other ordinary people, so we may realise and accept that ordinary people like us can achieve extraordinary heights”.

The period between late April and the end of May is considered peak climbing season for exploring Himalayan mountains including the world’s highest Mount Everest and this is the reason, hundreds of climbers flock each year to Nepal, which is home to eight of the world’s 14 highest peaks.